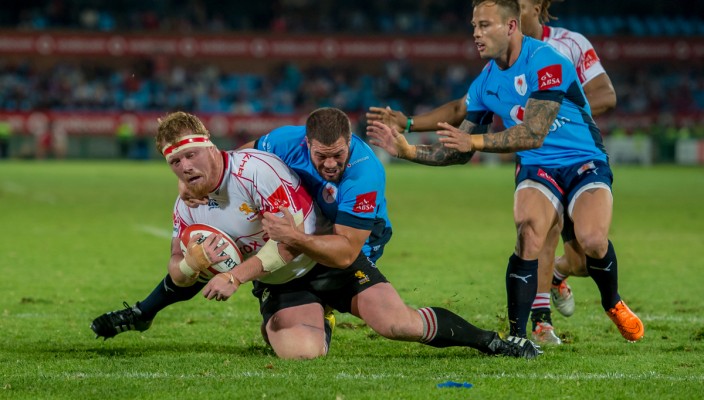 Currie Cup back to grassroots

The Golden Lions Rugby Union will take Currie Cup rugby – and the coveted Cup which they won last year – back to its stake holders at clubs such as Alberton, Diggers, Pirates, Jo’burg Police and Roodepoort this season.

Golden Lions Rugby Union CEO and former Springbok number eight, Rudolf Straeuli says the road back to Emirates Airline Park will go through the clubs this season. “We’re taking the game back to our grassroots and our stake holders.”

A tender process was followed and the GLRU carried out a due diligence audit after which these five clubs were granted the rights to host the five Currie Cup matches.

“As the president of the Golden Lions I am pleased and excited by the package our CEO, Mr Rudolf Straeuli has presented to the clubs to enable them to earn some funding from the exercise. The Currie Cup games will be hosted at some of our premium clubs that have tendered for these matches and I know it is going to be an enormous success and assist them with their future projects,” said Kevin de Klerk, president of the GLRU.

The first game of the new competition, against the Border Bulldogs, will be staged at the Lions’ headquarters in Doornfontein and the Griffons will play in a curtain-raiser when the Emirates Lions, the Super Rugby side, meet the Sharks.

The Blue Bulls will travel to the east of Johannesburg two weeks later for their match at Alberton Rugby Club, which will be followed by a game between the Xerox Golden Lions and the Cheetahs at the Diggers Rugby Club in Randburg.

The Eastern Province will play the Lions in Greenside at the Pirates Rugby Club, with Griquas playing just next door at Marks Park, the home of the Jo’burg Bobbies.

The last pool match will be hosted by Roodepoort whose head-quarters have recently moved to Roodepoort Hoërskool.

The Cup would be on display at all these venues and supporters would be able to have their pictures taken with the trophy and their heroes, the players, will be available for signing sessions.

Season ticket holders will gain entrance to all these matches at no extra cost.

*Entrance to the games has been set at a standard rate of R20 per vehicle while walk-ins would pay R10 per person.