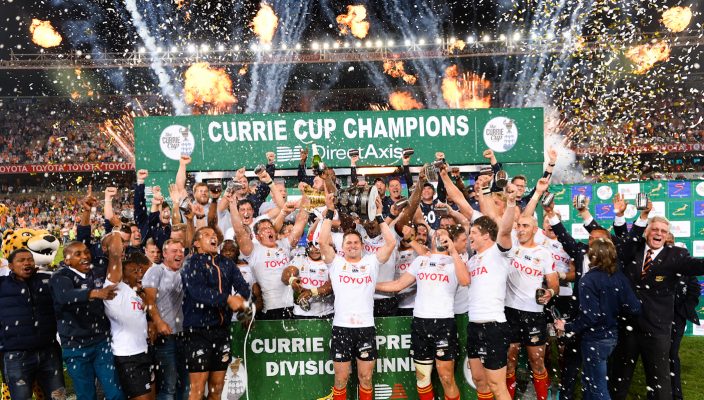 The Toyota Free State Cheetahs will be taking the Currie Cup trophy on a Victory Parade through the streets of Bloemfontein on Tuesday, 10 September.

The parade consisting of two busses, with players and staff, the Harley Davidsons and other officials will leave Toyota Stadium at 10:00.

Supporters are invited to a signing session and photo with the Currie Cup trophy, next week Friday, 20 September at the Castle Deck in Toyota Stadium. The time will be confirmed.