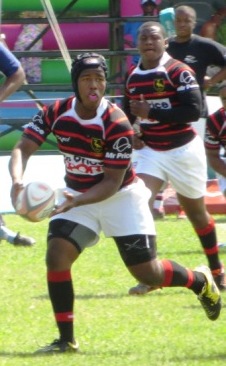 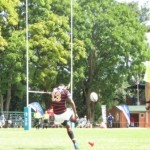 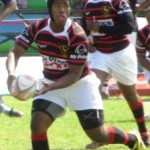 This Saturday Dale College come up against old rivals, Selborne College of East London. There is a long history of rugby between these two schools. This will be the 186th meeting between the two proud Eastern Cape schools. The first game was played in 1892 when Selborne was known as East London Public School. This was won by Dale 2 tries to 1. Both schools have produced numerous Springboks over the years, but Dale has a French(Steve Hall), Greek(W.F.Chejon) and  an All Black old boy too. Greg Somerville was at Dale for a year as an exchange student. He went back to New Zealand to enjoy a magnificent rugby career. Their most recent Springboks are Bandise Maku, Bjorn Basson and Keagan Daniel

The Dalians started the season off slowly. After 2 wins at the beginning of the season they had poor results at the annual Graeme College Rugby Day and at the Maritzburg 150 festival. With 5 wins from 10 games, they seem to be gaining confidence with their new head coach, Steve Turner, who played front row with Sommerville in 1995. If their smallish forwards win enough ball, it should free up the halfbacks to unleash the dangerous centre pairing of Sibahle Maxwane and Somila Jho. Maxwane was the top point scorer at the Maritzburg 150 festival with 42 individual points. This was a great achievement considering the next highest individual scorer was Ivan Van Zyl from Affies with 19points.

Selborne haven’t been at their best either and have won 3 matches from 7. They had a bye last week and should be gagging to take it to the Dalians. Their kingpin is Lungelo Gosa. The flyhalf who represented SAu18 7’s is known for breaking through the opposition’s backline. He is also a strong tackler, with quite a reliable boot.

With the Dale hosting their 152nd re-union this week the team is looking to up their game, hush their critics and record their 100th Victory over Selborne. The history books favour the great school, with Dale having won 99 previous encounters. Although Selborne will be match day favourites on this seasons form and team sheets, as well as winning 14 of the last 20 clashes between these 2 schools. That said, Dale are a tough team to beat on the CB Jennings field at the best of times . It will be a big ask for Selborne to win the big re-union derby. It is sure to be a cracker of a game and whatever the result, the large King Williams Town crowds should be thoroughly entertained on Saturday with true border schoolboy rugby flair.