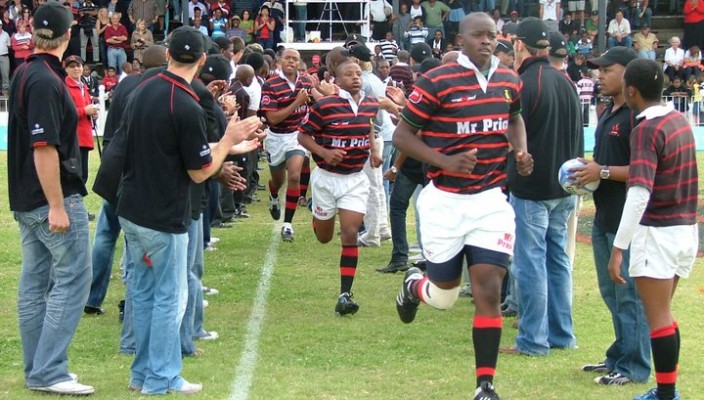 Dale College vs Selborne College Match Overview on 18 May 2013

(5 Scenarios to Look Out For)

It’s Dale College’s 152nd Reunion, Selborne will be going all out to spoil the Party at the CB Jennings A Field.

I’ve come up with some important scenarios which will take place during this pulsating encounter.

1.Early Ascendancy:
Dale College will score 1st in this game on saturday.

The boys will come out firing,mainly due to the fact that they will, have a partisan crowd behind them.

With the added fact that Old Dalian and Dale College’s Favourite Son Grant “Griffy” Griffiths will be back for his 20th Reunion.

His presence will do the boys a world of good.Selborne tend to take time to get going and that could be their downfall this weekend.

That is why Dale will score a try within the 1st 5 minutes.

2.Momentum Shift:
After Dale’s early onslaught Selborne will calm things down, with a few penalty kicks.

With that the Selborne side will start believing again.

Then we will witness a Momentum shift in Proceedings.

The Selborne forwards will dictate the game a lot more.

They will utilise the driving maul a lot,as a sign of dominance over their opponents.

3.Lead changing Hands:
The lead will change hands a lot on Saturday to add to the drama.

With both teams not shy of throwing the ball around.

The will be tries scored that is for sure.

4.DRAMA:
What’s a Derby game without any drama?

That is what we all rugby lovers live for.

In this hotly contested Encounter, there is bound to be talking points.

The will be a refereeing error, which might end up influencing the outcome of the game.

An interception Try from the try poac
her Cwenga “Chewy”Mqingwana, will bring the game to life.

With that, it sets us up for a Grandstand finish.
5.Great Escape:
Against all odds, the Dale 1st team will sneak home at the end with a try from Ayabulela Mavuso in the dying embers of the game.

All and Sundry, it is going to be a Perler of a game this Saturday.

As Lungelo Gosa, the Selborne Captain said, It’s going to be a belter of a game and whoever misses it will regret it.