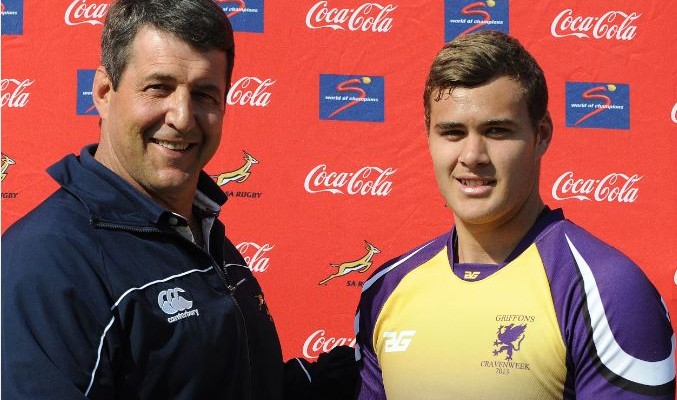 Jul 10 • Craven Week, General News, School • 3758 Views • No Comments on Dawie Theron sees a lot of talent at the Coca-Cola Under 18 Craven Week

In the highly competitive world of age group rugby, with an international under-20 tournament every year, it’s vital that all available junior talent is spotted and that the players with the potential to play at higher levels are brought into the system and developed in the right way.

That’s the view of SA under-20 head coach, Dawie Theron, who is in Polokwane this week at the Coca-Cola under-18 Craven Week running his expert eye over the players in action.

“It’s very important for us to be at all the Coca-Cola Youth Weeks to ensure that every player who has the potential is noted and that no-one slips through the cracks,” he said. “SA Rugby has been doing a great job in tracking players from the under-13  Coca-Cola Craven Week, through the Grant Khomo Week and into the under-18 Academy and Craven Weeks.”

“It’s through our involvement, and by using the opportunities provided by the Coca-Cola Youth Weeks, that we have been able to identify the likes of Handre Polalrd at an early age, and have been able to track his progress all the way to the SA under-20 team.”

Theron has had an opportunity to talk to all the players in Polokwane and he said he stressed to them that the pathway to the top has been shortened in recent times. “They need to realise that, for those who want it, and who are prepared to work hard, the next step is not very far away,” he said.

“Players like Siya Kolisi, Johan Goosen and Arno Botha were at this week just the other day, and they have played for the Springboks. That’s the motivation for the players. It’s up to us to identify them and then to work hard on their development.”

Theron is pleased with what he has seen in Polokwane so far this week. “We have had some high-scoring games, and some may say that indicates poor defences, but I believe the spirit in which the referees handle these games should take some credit for that. They are trying to keep the game going all the time and that will lead to more tries.”

He also believes the new scrumming laws have led to fewer scrum resets, and fewer penalties, and that means the ball is in play more, which will also result in more tries.

“That we have seen quite a few prop forwards run with the ball this week shows that they are spending less time with their faces in the grass, which has contributed to more open, attractive rugby.” 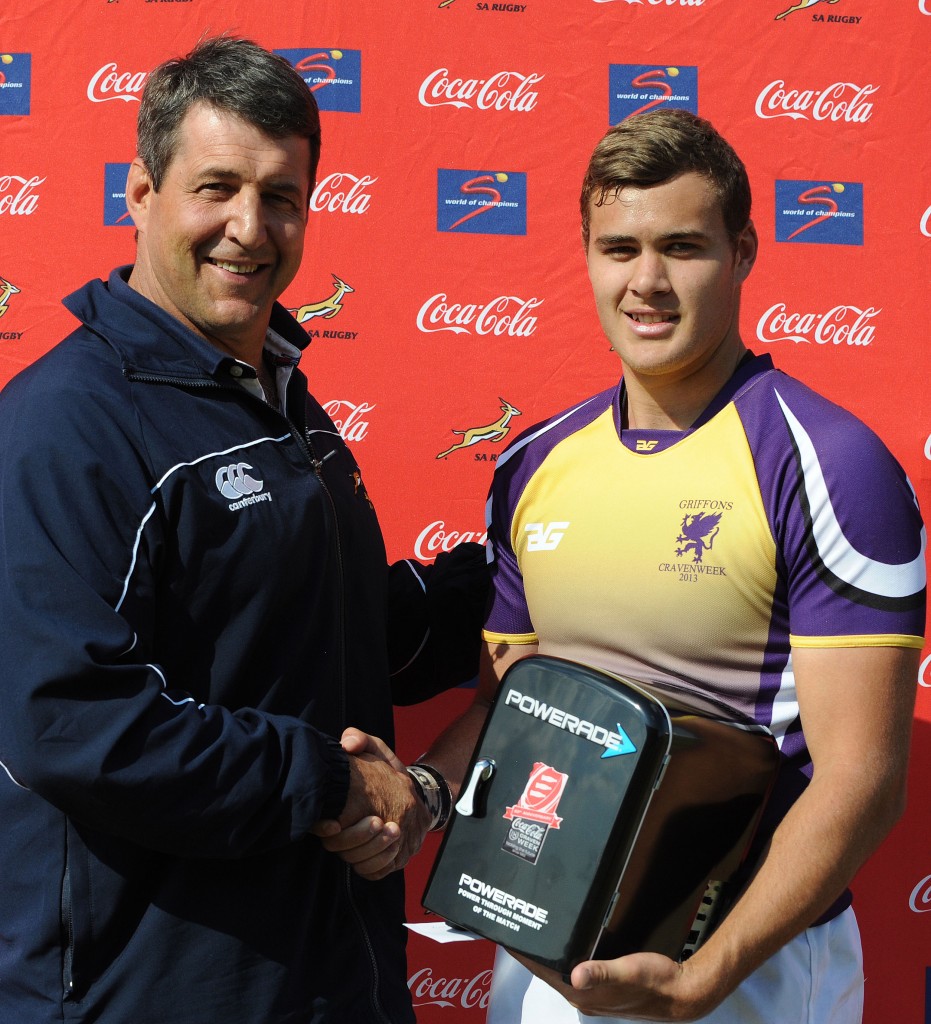