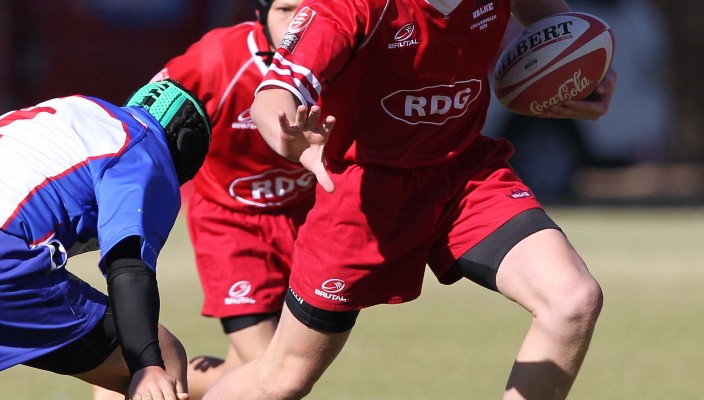 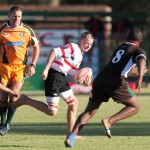 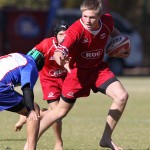 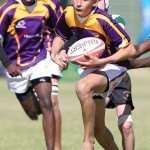 25 June 2013. Day two of the Coca-Cola under-13 Craven Week in Bela-Bela saw the teams that came into the week as favourites to play in Friday’s prestigious main game all successfully negotiate their second hurdle and set themselves up for what will in effect be semifinals when play resumes on Thursday.

Wednesday is traditionally a rest day at the week and, in keeping with the venue, the boys will be spending it at the poolside, and in the water, courtesy of Forever Warmbaths, one of the co-sponsors of the event, despite it being mid-winter, and freezing in other parts of the country.

There were impressive wins on day two for the four unbeaten sides, Pumas, Western Province, the Blue Bulls, KwaZulu-Natal and the Golden Lions.

The Blue Bulls beat the Leopards 14-0 in a hard-fought encounter, the Pumas were 22-14 winners over the Border Country Districts side, Western Province scraped home 10-7 against Eastern Province and the Lions produced a solid defensive effort to keep out the dangerous Border runners and win 18-7 in the final game of the day.

Other big winners on day two included Boland, who bounced back from a loss to the Bulls on day one to beat KwaZulu-Natal on Tuesday, and the hosts, Limpopo Blue Bulls, who notched up a popular 22-5 win over the Valke in their second outing.