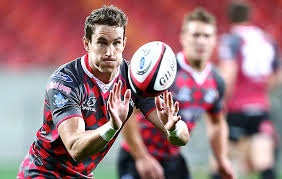 The Absa Currie Cup First Division looks set to feature a mixture of joy and heart-break this weekend as the tournament reaches the penultimate pool round and a few teams’ have their fate determined.

With the top spot on the log already guaranteed, the Steval Pumas are the only side in the top five who will enter the round relaxed, while the Regent Boland Cavaliers will be under immense pressure to win as a defeat will knock them out of the semifinal race.

The EP Kings, Leopards and SWD Eagles, meanwhile, will be determined to register victories with an eye on sealing their semifinal spots and possibly trying to secure the other home ground advantage in the knock-out round. However, this battle is expected to continue into the final round next week.

In Friday’s matches, the Leopards meet the Border Bulldogs in Potchefstroom and the EP Kings host the Valke at the Nelson Mandela Bay Stadium in Port Elizabeth in matches the hosts will target for possible bonus-point victories.

On Saturday, the Steval Pumas take on the Regent Boland Cavaliers in Nelspruit and the Down Touch Griffons go up against the SWD Eagles in Welkom.

In Nelspruit the Regent Boland Cavaliers will be up against it as the Steval Pumas remain unbeaten after 12 matches thanks to their solid attack and defence. The home team’s impressive form aside, they will look to make the most of their home ground advantage.

Boland, on the other hand, come off three back-to-back defeats and face the added pressure of being forced to create an upset to keep alive their semifinal hopes.

With nothing to lose, the Pumas have opted to rest a number of key players for the clash including flyhalf JC Roos, wings Rosco Speckman and JW Bell and No 8 RW Kember, which could give the Cavaliers some confidence. But with Pumas points’ machine Carl Bezuidenhout back in the starting team and a few fringe players keen to make their presence felt with the hope of featuring in the semifinal, Boland will have to work hard to create an upset.

The Leopards will enter their clash against the Border Bulldogs as favourites, although they may have to work hard for a win given the visitors competitive performances this season.

The Bulldogs have remained at the lower end of the log table for most of the season with three victories in 12 matches, but six of their nine defeats were within seven points of the opposition. They also come off a morale-boosting victory against the Valke and will enter the clash with the view that they have nothing to lose as they are already out of the running for a semifinal berth.

Unfortunately for the Potchefstroom team, however, they have had to make enforced changes to their side, with Under-21 flyhalf Warren Gilbert replacing Jarryd Buys, and Brendon Snyman takes over from Stephan Greeff, who is back at the MTN Golden Lions. Snyman will line up in the engine room alongside Peet van der Walt.

The EP Kings, meanwhile, will enter their clash against the Valke as overwhelming favourites with form and home ground advantage counting in their favour. As if that were not enough the team is in pole position for the remaining home semifinal, which should serve as extra motivation to register their fifth successive victory.

With this in mind the coaching staff have proved their faith in the core players who have guided the team to become one of the top contenders for the title as they look to register a big win against the Valke. This means the visitors may have to produce their best performance of the season to secure a shock victory.

The Down Touch Griffons face a similarly tough task against the SWD Eagles in Welkom, as the visitors will also be driven by their desire to cement their semifinal spot. The Eagles will also be motivated by their strong performance against the Pumas last week, which saw them go down by one point. Should they succeed in building on that performance, they could achieve their goal of securing a bonus-point victory.