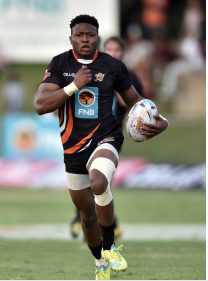 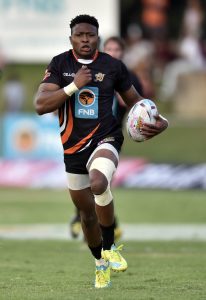 Defending champions University of Johannesburg will be putting last year’s success behind them when they tackle the University Sport South Africa (Ussa) rugby tournament in East London from July 4 to 8.

History would count for nothing when the teams line up next month, said UJ head coach Werner Janse van Rensburg.

He added that the Johannesburg side would be looking no further than their first match against UCT.

“It is obviously an honour to go there as the champions but a new year brings new challenges, and all the sides want to win this elite tournament.

“Therefore we will only be looking at game one versus UCT, and then take it from there.

“In a tournament like this, you use small building blocks to eventually get to the main game and have the opportunity to win.”

Although they had lost some players, including last year’s player of the tournament Jeremy Jordaan, the coach said UJ still had a solid nucleus.

“The team have changed but we have also kept a core group from last year. We have moulded a good group of players over the last two years and we are hoping that our debutants will take their chances.”

Janse van Rensburg said it would be a priority to manage the players during an intense week of rugby.

“Our preparations at this time of the year are always affected by exams, the provincial schedule and having players on national duty. But we have made the best of the situation and, with our hard-working coaching staff, maximized our time.

“Playing the games in one week is the biggest factor. The physicality of the tournament is huge with a maximum turnaround time of 40 hours.”

He added that trying to avoid injuries as well as adapting to conditions at the coast would provide further challenges.

“But it’s these factors which make the tournament unique and, therefore, also more satisfying if you are the lucky ones to win it.”

Janse van Rensburg believed the race for the title would be wide open.

“The traditionally strong universities such as Tuks and Maties can’t be discounted. However, this tournament has shown that any team can beat any other side on any given day.”