Demetri Catrakilis – Star on the rise 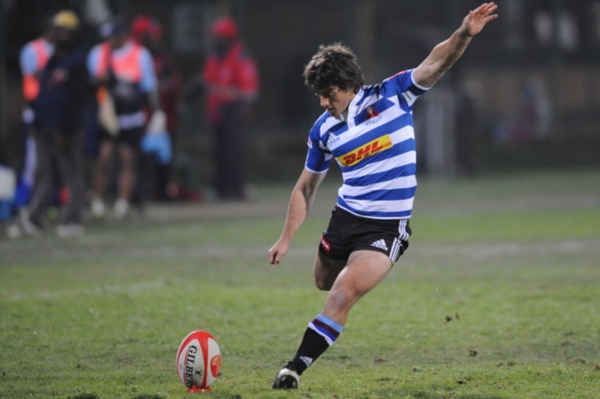 Morgan Piek – South Africa has long a tradition of very good flyhalves. We can go back right to the begining, but the list would be too long to mention. The beauty of it is that it’s not just restricted to one Province. In recent years we’ve been blessed with a string of up-and-coming young flyhalves such a Patrick Lambie (The Sharks), Elton Jantjies (Golden Lions), Sias Ebersohn and Johan Goosen (both Cheetahs). The latest addition to the our wealth of flyhaves is Demetri Catrakils of Western Province.

The following year he went to France and joined Racing Metro, along with fellow South African and Springbok Fullback, Frans Steyn. After a brief stint in France he moved to Cape Town and played for False Bay in the “Super A” league before joining UCT (University of Cape Town) this year.

Demetri scored 136 points for UCT in the 2011 Varsity Cup, which saw UCT being crowned the 2011 Champions. His 136 points ensured him being the highest points scorer for the 2011 season. His great boot and tactical kicking was spotted and subsequently got called up to the DHL Western Province Vodacom Cup squad.

Catrakilis has the ability to control the backline and is proving to be an outstanding general in the back. Another element of Catrakilis’ game that has impressed me is his ability to defend and is very solid in the tackle, he very rarely slips tackles. He sticks to the basics, which should be a lesson for any young and aspiring flyhalf.

This week Demetri was voted the ABSA Currie Cup player of Month, an impressive feat for the new kid on the block.

It is still early days, seeing that he has only run out for the Blue-and-White hooped jerseys seven times, in which he has scored exactly 100 points along the way. Forteen try conversions, twenty-two penalty conversions and two drop-goals. However, he is a talent that cannot be ignored and certainly has a very bright future ahead of him. Who knows, maybe he will be donning the Green and Gold in the not-too-distant future.

Along with Johan Sadie and Tim Whitehead, Western Province can boast with an incredible midfield, with lots of natural talent. This youthful midfield has enabled Western Province to play their traditional Running Rugby for the first time in many years. We all know that Western province running rugby something spectacular to witness. The backline further more complimented with J.J. Engelbrecht and Danie Poolman on the wings.

Sadie and Engelbrecht have proven that The Bulls made a great buy for the 2012 season. The form of these two players must be giving the Western Province management sleepless nights. It is rather sad that they will be wearing the Barberton Daisy on their hearts instead of the Disa.

I can’t help to get the feeling that Catrakilis is exactly what Western Province needs to have the Glory Years returned to Cape Town.