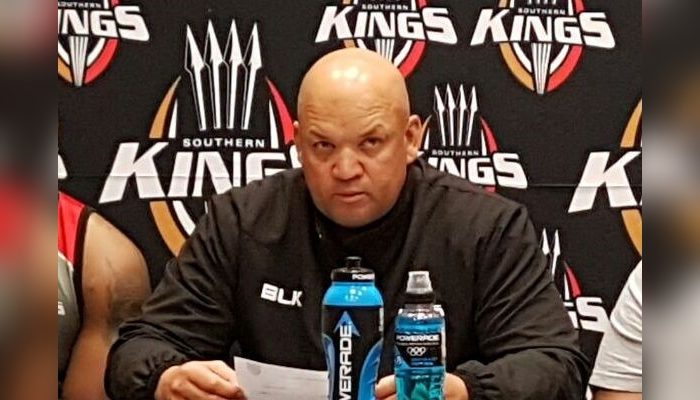 The owners of the ISUZU Southern Kings franchise and Head Coach Deon Davids have mutually agreed to part ways.

“We greatly appreciate the hard work Deon has done in laying the foundation for the future,” said Loyiso Dotwana, Chairman of the ISUZU Southern Kings.

“He came in at a very difficult time but was still able to play an instrumental role in bringing stability and focus to the team.

“We take this opportunity to thank Deon for his efforts and to wish him well with his future.”

Davids reflected on his time at the ISUZU Southern Kings and thanked the franchise for the opportunity to coach at a top level.

“I have had a daunting but at the same time rewarding experience as head coach of the ISUZU Southern Kings and the time has come for me to hand the reigns to the next head coach. I need to grow further as a coach and look forward to doing that. The ISUZU Southern Kings represent an important rugby region and I trust that with sufficient resources it will play its rightful role in South African rugby,” says Deon.

“I want to thank Rassie Erasmus for giving me the opportunity to coach the Isuzu Southern Kings, as he played a direct role in my appointment. I also want to thank Mr. Hennie Baartman the president of SWD and his executive, who unselfishly agreed to send me on this journey in 2016, shortly after my appointment as Head Coach of SWD. I also want to thank the coaches, the support staff, all the players and the wonderful supporters of Port Elizabeth for making this a very special time in my coaching career.”

“I wish the Consortium (GRC) well with their investment and role in the Isuzu Southern Kings and my time with the team was well worth the effort and commitment.” concluded Davids.