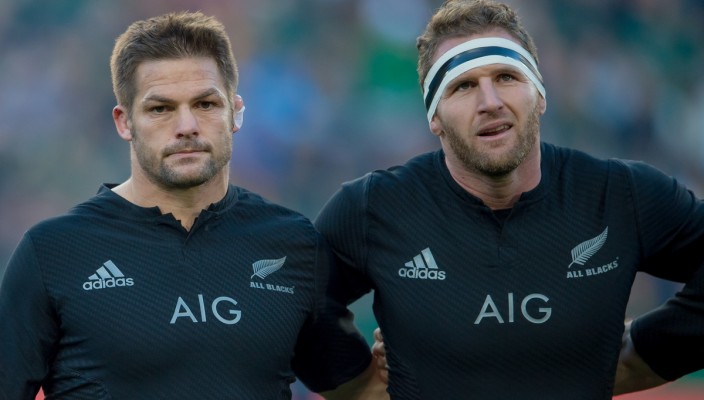 LONDON, 24 Oct – New Zealand justified their status as Rugby World Cup favourites but were pushed to the limit by South Africa to win the first RWC semi-final at Twickenham Stadium on Saturday.

After a disappointing and indisciplined first half, the All Blacks turned the match on its head with a 10-point burst in the opening 12 minutes of the second half to secure a lead they would never lose.

Dan Carter’s kicking and tries from flanker Jerome Kaino and replacement wing Beauden Barrett were enough to see off the Springboks, who could score no more than six penalties, five of them from Handre Pollard.

South Africa edged the first half 12-7, largely because the All Blacks presented them with nine penalties and Pollard kicked four of them.

New Zealand were ahead 7-3 thanks to a try after six minutes in the right-hand corner by Kaino and Carter’s conversion. But a succession of offsides and a yellow card for Kaino, for kicking the ball away when in an offside position, left the tournament favourites in a precarious position at halfway.

The rain, light in the first half, was noticeably heavier at the start of the second and a piece of brilliance by Carter, who dropped a goal from 25-plus metres, cut the deficit to two points before Kaino returned.

Julian Savea fumbled a clever grubber kick but it was only a temporary reprieve for South Africa. In the 52nd  minute, Carter and Ma’a Nonu created space on the left for replacement wing Beauden Barrett (pictured above) to touch down and Carter converted from close to the touchline. Worse yet for the Springboks, Bryan Habana was sent to the sin bin for a deliberate knock-on in the build-up.

South Africa battled back and Pollard’s penalty made it 17-15, only for Carter to kick it back to 20-15. With 11 minutes left, Pat Lambie, Pollard’s replacement, made it 20-18 to put the result on a knife-edge but, try as they might, the Springboks could never breach the New Zealand defence again.