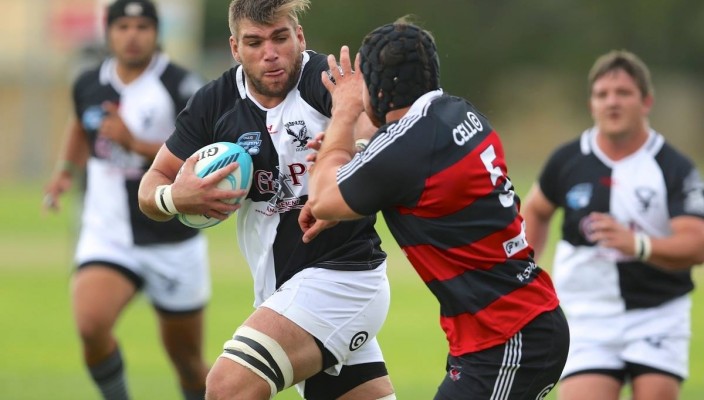 The visitors from Durban took a one point lead into the half time break, having scored three first half tries. Fredie Horn scored the first and right wing Kyle Hartley scored the other two, Duncan Campbell converted two and Brendan Cope the other one.

Despatch also scored three first half tries and one penalty. Billy Mintoor scored two tries and Dyllan Lamprecht the third, Ryan Brown was only successful with one of the conversions.

Despatch could only manage to score a late try and a penalty through replacement Francois Nel as the scores ended 41 – 30 in favour of the visitors.

Despite the loss, Despatch still stays top of the log on sixteen points as Durban Collegians ends in second place on fifteen along with Wesbank, but because they have equal amount of log points it is actually the team from Boland that qualifies for the play-offs. Unfortunately the rules states that, should two teams be tied on log points, it is the winner of the match between those two sides who will advance.

Despatch will play Vaseline Wanderers in the quarter final on the 2nd of April. Kick-off is at 2pm and the match will be televised live on Super Sport.