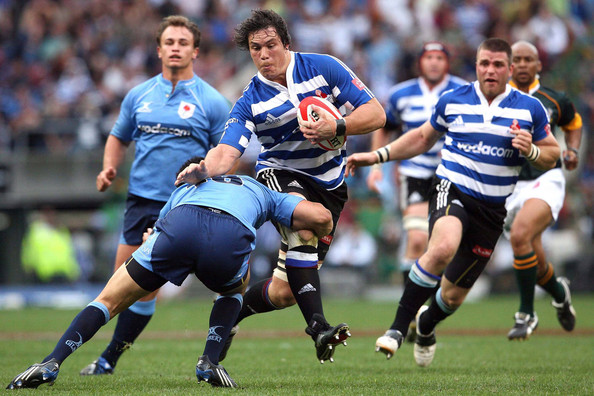 Michael Rhodes starts in the No.4 jersey, with youngster Gerbrandt Grobler dropping down to the bench after making his Absa Currie Cup debut in WP’s 24-24 draw against the Blue Bulls last Saturday.

Grobler will join fit-again hooker Tiaan Liebenberg amongst the replacements, whilst uncapped Maties utility back Ryan Nell replaces Berton Klaasen on the bench as one of WP’s three back reserves. Nell will cover centre, wing and fullback for DHL WP.

Tighthead prop Brok Harris will play his 100th match for Western Province, having made his debut for the union back in 2006. During that time, the hard-working front ranker has also amassed 83 Super Rugby appearances for the DHL Stormers.

DHL WP assistant coach Robbie Fleck paid tribute to the 28-year-old prop, saying: “Brok has been a stalwart for DHL Western Province and the DHL Stormers and reaching the 100-game mark is just reward for a very popular team man.

“The team would like nothing more than rewarding Brok with a victory, but we also want to right the wrongs from last week. We need to cut down our errors and improve our discipline, otherwise Free State will make life very uncomfortable for us on Saturday.”

The DHL Western Province team to take on the FS Cheetahs is as follows: