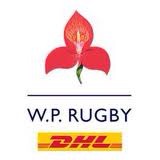 DHL Western Province coach John Dobson is aware that his team’s unbeaten run will count for nothing as they head into the knockout phase of the 2015 Vodacom Cup competition.

DHL WP made sure of a home passage into the 2015 play-offs after winning seven from seven games during the league phase of the competition to finish at the top of the South Section standings.

However, Dobson is taking nothing for granted as Province get set to host the Leopards XV in Saturday’s Vodacom Cup quarterfinal encounter at City Park (kick-off 15h30).

Dobson told the wprugby.com website: “This is obviously a game of massive consequence for us.

“We are cognisant as to what happened to Gary Gold’s Vodacom Cup team of 2007 – a side that went unbeaten in the league and played the Leopards in a quarterfinal at home and lost 14-30.

“That lesson is foremost in our minds, but we are stressing the need not to be fear-driven, nor scared of the consequences, but rather to keep playing and stick to a formula that has seen us go through the competition unbeaten.

“We have not hit our straps yet… but would that not be perfect were that to happen (for us) in the play-offs?”

The Leopards XV made sure of their place in the play-offs with a bonus point victory over the Welwitschias in Windhoek and DHL Western Province will not under-estimate their physical opponents.

“We are focusing on going up against what is a good Leopards side and nothing else,” added Dobson. “There is no next week without this Saturday.

“We love playing at City Park as it’s a great facility and has a great surface,” continued the DHL WP coach.

“It would be great if the people did come to watch this game as it’s an exciting young side who play an entertaining brand – some of this group will go on to play some big rugby for this union in years to come!”

Personnel-wise, there are five changes to the DHL Western Province team from the side that beat the SWD Eagles 27-19 at DHL Newlands last Saturday.

Prop Entienne Swanepoel will bolster the team’s tight-five resources from the bench and Justin Phillips (reserve scrumhalf) and Pat Howard (centre/wing) are the new backs replacements this week.

“Selection-wise, this has been one of the most consistent Vodacom Cup squads for the past few years. We have been a bit affected by the fact that our first-choice loose trio at the start of the competition in Jurie van Vuuren, Jacques Vermeulen and Sikhumbuzo Notshe are all unavailable this week, but our replacements have stepped up well,” explained Dobson.

“I was particularly thrilled with (flank) Tapiwa Tsomondo’s performance last week and am pleased, too, that Justin Benn gets a well deserved start as Notshe sits this one out with a minor niggle.

“It’s great that we have Ali Vermaak and Pat Howard available to us from the DHL Stormers and it’s unfortunate that we had to leave (centre) Kyle Lombard out this week after being a stalwart for us this season. But, I suppose, it is a nice problem to have.”

* City Park is based on the corner of Thornton and Lawson Roads in Crawford and easily accessible from the M5 and N2 freeways. Tickets for Saturday are priced at just R5 for kids and R20 for adults.

The DHL Western Province team to face the Leopards XV (home) is as follows: