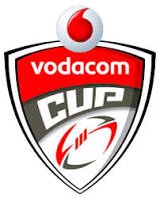 The Steval Pumas qualified for their second Vodacom Cup final in three years and will have to travel to Cape Town to face DHL Western Province next weekend.

It will be the first time ever the Vodacom Cup Final is hosted in Cape Town, in what is only the second time that DHL Western Province have advanced to the season decider.

On Saturday afternoon at DHL Newlands in Cape Town, DHL Western Province beat the Vodacom Blue Bulls by 10-6 in a scrappy encounter, putting themselves in the inside lane to win the Vodacom Cup for only the second time.

They will face a Steval Pumas side that caused their second upset in as many weeks though when they dealt the Xerox Golden Lions their first defeat of the season at Emirates Airline Park in Johannesburg on Friday evening, deservedly winning by 43-20.

This victory means that the Lowvelders had knocked out the Vodacom Cup champions of 2013, the Xerox Golden Lions, and 2014, GWK Griquas, in the last fortnight. Next Saturdayin Cape Town they will be looking to add the 2012 winners to this impressive list.

The Steval Pumas upset the formbook as they booked their place in the Vodacom Cup final thanks to a fine 43-20 (halftime 25-6) win over the Xerox Golden Lions in their semi-final at Emirates Airline Park in Johannesburg on Friday.

The Xerox Golden Lions had been unbeaten in the league phase of the competition and beat the Steval Pumas 24-16 earlier in the year.

But the Lowvelders ran in five tries to two to secure their place in the final. The visitors had, by far, the better of the first half as they dominated territory and shaded possession for much of the half.

Although the Xerox Golden Lions fought back to 25-20 early in the second half, courtesy of tries by Damian Engledoe (wing) and Rohan Janse van Rensburg (inside centre), the visitors’ impact players off the bench had the final say with Marnus Schoeman (replacement flank) dotting down twice in the final 20 minutes.

DHL Western Province, the only unbeaten team in 2015, edged the Vodacom Blue Bulls 10-6 in a scrappy second Vodacom Cup semi-final at DHL Newlands on Saturday afternoon to book their place in the final against the Steval Pumas next weekend.

The hosts led 10-3 at halftime, courtesy of an early penalty by Jean-Luc du Plessis(flyhalf) and a try from a line-out drive by Sikhumbuzo Notshe (flank) in the 32nd minute, which was converted Du Plessis.

For the Vodacom Blue Bulls, Kobus Marais (flyhalf) kicked two penalty goals, but they will rue the three that he missed. They also had two tries disallowed by the TMO.

The hosts scored all their points in the first half and both sides struggled to get any ascendancy because of a slew of mistakes, with the Vodacom Blue Bulls the biggest culprits in a match they could’ve won, but didn’t.