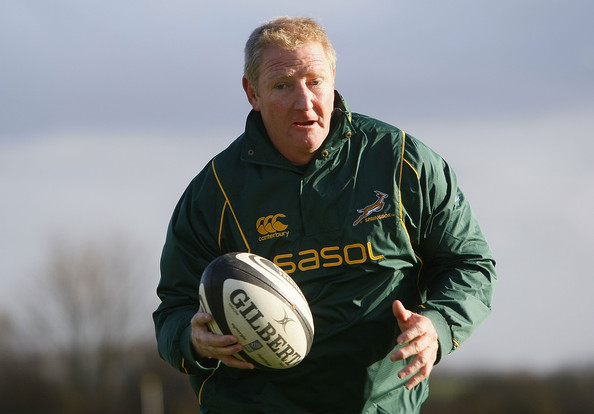 Johannesburg – The Auto and General Lions are set to play an expansive game this season, with coach Dick Muir taking off the shackles of structure that may have hampered the franchise for too long.

But in a competition as tough and uncompromising as the Vodacom Super 14, Muir’s plans to spread the ball on attack may well be his side’s best hope, but could also be their downfall without a comprehensive defensive system based on structure.

Dick Muir has always been a coach not to shy away from adventurous running rugby – if the Lions manage to win enough ball  – fans could be in for a treat!

The Bulls have already proved that the structured approach works in the competition, but for the Lions, without many big names and desperate for success this season, Muir’s mindset may just spark the revival they so desperately need.

Winger Dusty Noble believes that Muir’s arrival has turned the mindset around in favour of an attacking basis for the upcoming season.

“We will play a lot smarter than we have in past seasons under Dick. He has spent a lot of time with the players to get the mindset right in the camp,” Noble told Supersport.com

Noble acknowledges the fact the Lions are looking for an expansive approach, one which he hopes he will see a lot more ball this coming season and be able to showcase some of his Sevens talent that made him a past regular in the Bok Sevens outfit.

He also admits that while there will be an emphasis on cutting down on mistakes, the Lions have been encouraged to “play what is in front of them” and that this opens the opportunity for attack.

“If you have license to play, then you don’t mind making the odd mistake. The way we’re looking at the season, players won’t be scared to take chances on the field, to be bold,” Noble adds.

“We’re going to play an expansive game this season, but you also have to take responsibility for that sort of attack. It needs to be your responsibility as a player as to how you focus your attack, and the decisions you make on the field. I’m excited; it’s going to be lekker.”

While Noble hopes for a positive start Saturday against the Stormers, he acknowledges that there is a buzz in the Lions team, and his team-mates know what is expected of them this weekend.

“I think it’s a positive thing that there are not a lot of stars in the side. Every player knows the responsibility on his own shoulders, there is no more waiting for someone else to do something on the field. Each player knows what his task is and what he needs to do.”

The Lions open their Super 14 against the Vodacom Stormers at Ellis Park on Saturday.

[Information from a story that appeared on Sport24]