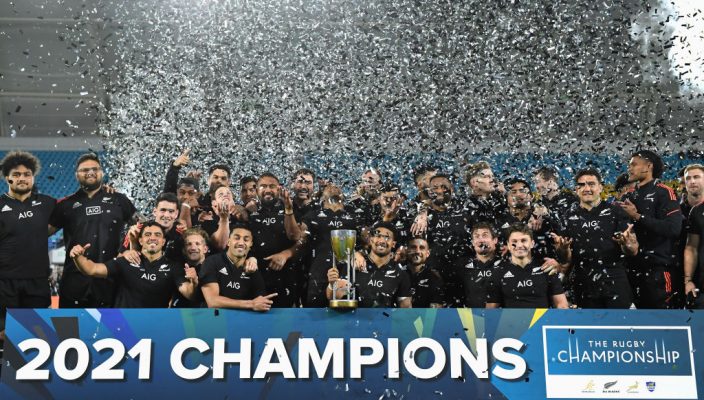 It has been an incredible year for SANZAAR and its partners as the pandemic continued to cause huge disruptions across the sporting world. Despite this, rugby in the southern hemisphere continued to deliver high-quality action for fans amidst the continual challenges of disrupted travel, quarantine protocols, government biosecurity measures and the rescheduling of matches.

This was followed by the flagship international tournament, The Rugby Championship. The national unions of Argentina, Australia, New Zealand and South Africa combined to plan and deliver, under difficult circumstances in the latter half of the year, a tournament that was eventually played in its entirety [12 matches] across venues in South Africa, New Zealand and Queensland, Australia.

“SANZAAR CEO Brendan Morris stated, “2021 is probably one of the most challenging years SANZAAR can remember in terms of tournament management and delivery but we learned a lot of lessons from 2020 and the success in delivering our tournaments was down to the strong working relationship that exists between all stakeholders. This includes the 10 Super Rugby clubs, the four National Unions and our commercial and broadcast partners.”

“The season was beautifully rounded off by the last international match between the Springboks and All Blacks which was a test match of the highest calibre. The rugby played was sensational, the skill levels sublime and once again it showed that The Rugby Championship, which features four of the best teams in the world, is one of the premier tournaments in world rugby.”

“SANZAAR would like to thank all of its stakeholders for their flexibility and patience during the difficult planning stages and for working with us to ensure matches were played despite some severe quarantine and biosecurity measures. Our thanks also go to the various state and national governments and associated health authorities who showed a tremendous amount of understanding and worked closely with us to ensure we could continue playing.”

“A special mention should also go to Rugby Australia for its excellent operational and commercial delivery of the tournament in Queensland over the last four rounds, and all the loyal and passionate fans who attended matches and supported our broadcast partners throughout the year,” added Morris.

SANZAAR Chairman, Marcelo Rodriquez stated, “The work done by the SANZAAR operations committee to deliver the tournaments was unbelievable and the attitude shown by all stakeholders shows that the spirit of rugby is alive and well. We faced huge obstacles at several points in the year but we found the means and ways to overcome them and proceed.”

“I would like to thank all players and team management staff for the sacrifices they made this year as they spent a lot of time away from home to ensure we could play the tournaments.”

“The SANZAAR unions now look forward to a bright future together with the hope that life can return to normal across the globe, while fans can look forward to a new and restructured Super Rugby Pacific and the introduction of a new and exciting “mini-tours” format for The Rugby Championship with the optimism of again entertaining fans in full stadiums across Argentina, Australia, New Zealand and South Africa.”