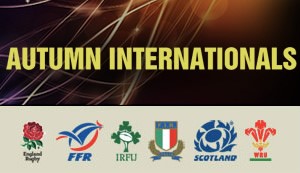 Nicolas Sanchez, the Argentina outside half, appeared today in London (Heathrow) before an independent Disciplinary Committee (appointed by World Rugby), having been cited by an independent World Rugby-appointed Citing Commissioner for allegedly striking an opponent in contravention of Law 10.4 (a) in the Autumn International match between Scotland and Argentina at BT Murrayfield on Saturday 19 November 2016. Mr Sanchez accepted that he had committed an act of foul play but asserted that it would not have warranted a red card.

The Disciplinary Committee, chaired by Antony Davies (England), alongside Bonike Erinle (England) and Derek Bevan (Wales), viewed video footage of the incident, listened to evidence and representations from and on behalf of the player, and reviewed all of the other evidence. The Disciplinary Committee  then concluded that although Mr Sanchez had committed an act of foul play, he had done this as part of an attempt to free himself from the illegal grasp of an opponent and that in any event, it would not have warranted a red card. Accordingly, no sanction was imposed.