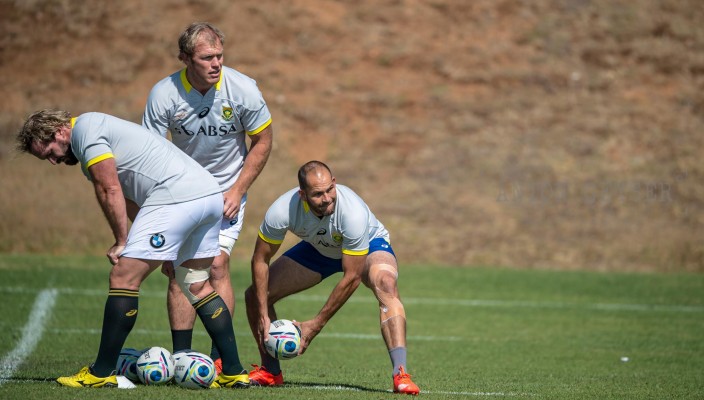 Du Preez: We’re going all out for the Final

The Springbok have set their sights on reaching the Rugby World Cup final for the third time when they face New Zealand in the first semi-final at Twickenham in London on Saturday.

The Boks have been boosted with the news that Lood de Jager has been cleared to play after he was under an injury cloud earlier in the week. The barnstorming lock came through Friday’s captain’s run without any problems.

Du Preez, who will be playing New Zealand for the 13th time on Saturday, said reaching the semi-finals was not good enough for the Springboks.

“We’ve been saying it for weeks now, but we’re still in the same boat as after our defeat against Japan – we’re still playing knock-out rugby and this is probably the biggest game of my life,” said Du Preez.

“But we didn’t come to the World Cup only to play in the semi-final – we’re going all out to reach the final next weekend.

“I can’t say if this is the biggest match ever between South Africa and New Zealand, but what I do know is that we play the game for matches such as these – a Rugby World Cup semi-final against the No 1-ranked team in the world.

“I’ve been lucky to be involved in some massive Springbok Tests – the 2007 World Cup final, the 2009 series against the British & Irish Lions and also in 2009, when we beat New Zealand three times.

“As captain, it’s a bit different this week but I can’t wait for the game and hopefully it will end well for us.”