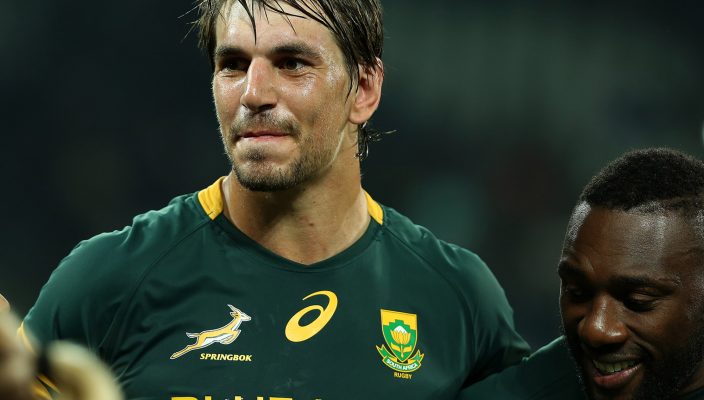 ASICS Ambassador and Springbok lock Eben Etzebeth will celebrate his 50th Test Match against the Wallabies in Brisbane on Saturday and in doing so will become the youngest ever player to reach this milestone.

Eben made his debut at the age of 20 against England at King’s Park in Durban on 9 June 2012 and has since established himself as the Springboks’ first choice number 4.

To commemorate the occasion Eben will be wearing specially embroided yellow GEL-Lethal Scrum boots during this weekend’s match.

“Being the youngest Springbok to reach 50 caps speaks volumes of the hard work that Eben puts in both on and off the field. Achievements such as these don’t come from simply wanting them. Eben has shown in his desire and hunger to achieve and perform that he wants it more and we expect him to reach even greater heights in the future”, says Sarah Mundy, ASICS South Africa Marketing Manager.

ASICS would like to congratulate Eben on this momentous achievement and wish him all the best in all the milestones ahead in his career!