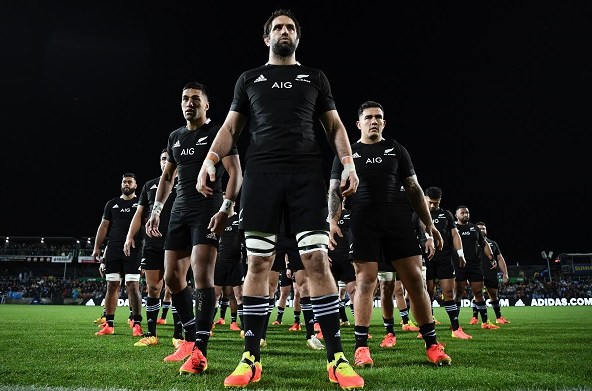 Confirmation of the venues and dates means the second Bledisloe Cup Series Test, which is now also the opening match of the newly-named Fortinet Rugby Championship, has been moved from Sky Stadium in Wellington, where it was originally scheduled to be played on Saturday 28 August.

SANZAAR has also confirmed the third and final Bledisloe Cup Test will be played at Optus Stadium in Perth where the two teams will meet on Saturday 28 August, a week later than first scheduled.

The revised schedule means New Zealand will now not be hosting the two Fortinet Rugby Championship Tests against Argentina, which had been scheduled for Eden Park in Auckland on 11 September and Sky Stadium in Wellington on 18 September. They will now be played in Australia, with details of the matches to be announced by SANZAAR in due course.

NZR is continuing to plan for two Tests against South Africa, at Forsyth Barr Stadium in Dunedin on Saturday 25 September, and at Eden Park on Saturday 2 October.

Fans who have purchased tickets for any of the three affected Tests will receive a full refund and should expect to be contacted by the relevant ticket providers Ticketmaster and Ticketek in due course.

NZR CEO Mark Robinson said rescheduling the matches had been challenging, particularly having to move the two Tests out of Wellington.

“While we are pleased to have some certainty around venues, we feel for our Wellington fans who will now miss out on two Tests, “ Robinson said. “It’s exciting to be in a position where the All Blacks and Australia can now prepare for two Bledisloe Cup Tests in New Zealand and what promises to be two great weekends.

“When you consider what’s going on around the world we are grateful to be able to host some Test rugby and to be playing in front of what is going to be a bumper crowd at Eden Park this weekend.”

The first Bledisloe Cup Test presented by Steinlager is close to selling out, but limited numbers of tickets are still available in all categories.Tickets to the second Test on Saturday 14 August will go on sale from 9am on Friday 6 August.

“It is particularly disappointing we will not be able to play in Wellington this season and we share the disappointment of fans, the venue and the city, but at short notice following the closure of the travel bubble with Australia it just proved too difficult,” Robinson said.

“It’s also disappointing not to be able to host Argentina, but the eight-week pause to the trans-Tasman travel bubble meant it just wasn’t possible to get the team into the country.

“Sky Stadium, Wellington Rugby and WellingtonNZ did everything they could to try and keep the Test in Wellington, but ultimately we needed to play on Saturday 14 August and we had to make the difficult decision to shift the match to Auckland.”

The All Blacks would be back at Sky Stadium in 2022, Robinson said.

Robinson welcomed them on board saying:

“Fortinet are an exciting new partner and we’re thrilled to have them on board for what’s going to be a thrilling tournament. It’s the support of sponsors like Fortinet who allow our competitions to continue to thrive and provide exciting competitions to our fans.”

Fortinet makes possible a digital world that we can always trust through its mission to protect people, devices, applications and data everywhere. This is why the world’s largest enterprises, service providers, and government organisations choose Fortinet to securely accelerate their digital journey. The Fortinet Security Fabric platform delivers broad, integrated, and automated protections across the entire digital attack surface, securing critical devices, data, applications, and connections from the data centre to the cloud to the home office. Ranking #1 in the most security appliances shipped worldwide, more than 510,000 customers trust Fortinet to protect their businesses. And the Fortinet NSE Training Institute, an initiative of Fortinet’s Training Advancement Agenda (TAA), provides one of the largest and broadest training programs in the industry to make cyber training and new career opportunities available to everyone. Learn more at www.fortinet.com,the FortinetBlog, or at FortiGuardLabs.