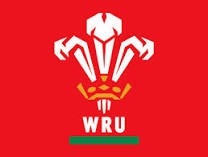 Scrum half Sian Moore gets her first start for Wales Women in a side showing three starting changes for the Six Nations clash against Scotland at Talbot Athletic Ground on Sunday (KO 2pm).

After three appearances as a substitute for Amy Day against Ireland, France and England, Moore has been handed her big chance by Wales head coach Rhys Edwards who has also brought back full back Dyddgu Hywel and second row Jenny Hawkins for the wooden spoon decider against Scotland.

Hywel’s inclusion forces Elen Evans back to centre with Rebecca de Filippo dropping down to the bench while captain Rachel Taylor switches from second row to back row with Catrina Nicholas moving to the subs bench.

“We know we have been improving in certain areas during the campaign,” he said. “It’s a case of putting all the good areas from all four games into one game – if we do that we should put Scotland to bed quite early.”

With one eye on the World Cup later this year, Edwards said he made the changes to give some players game time and an opportunity to stake a claim for the tournament.

“Sian was a squad player last year where she didn’t get any game time – this year she has been an able understudy for Amy Day who I think has had a really good tournament , probably one of her best for a couple of years. Amy hasn’t done anything to be dropped but this game gives Sian a chance to go out and prove she can start with tempo.”

“We also looked at the forwards and now have competition for places. We were conscious not to change things too much – we’re blessed with the calibre of players we have so it’s all about getting the right combinations.”