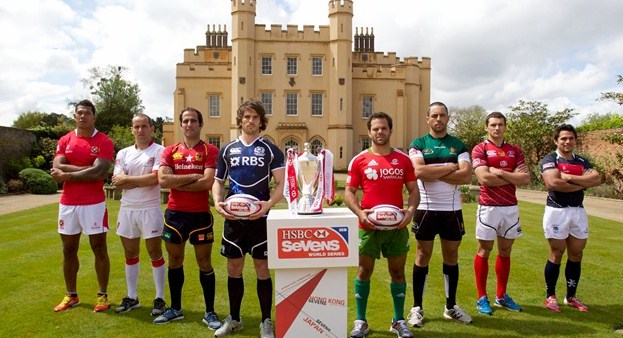 While the top 12 teams in the Series standings contest the Cup competition of the Marriott London Sevens at Twickenham this weekend, for eight other nations the prize on offer is arguably even greater: a ticket to compete at every round of the 2013/14 HSBC Sevens World Series.

Scotland will line up in London along with Portugal and Spain needing to win back core team status next season after finishing outside the top 12 in the Series standings after last weekend’s eighth and penultimate round in Glasgow.

The Scots face pool matches in London against Hong Kong, Zimbabwe and Georgia, while Portugal and Spain line up in Pool B with Tonga and RWC Sevens hosts, Russia.

The extra qualifying dimension has grown the number of teams competing in London to 20 and also brought an uplift in the number of people watching the event. While the organisers are expecting another world record crowd for Rugby Sevens over the weekend, the international broadcast is also reaching new heights.

The 2013 Marriott London Sevens will be broadcast live and as-live by more broadcasters than ever before, with NTV Plus set to air live World Series coverage in Russia for the first time, just one month out from the Rugby World Cup Sevens in Moscow.

This year 24 broadcasters will air 179 hours of live and delayed ‘as-live’ action from London, up from 151 hours from last year. Live coverage will reach 241 million homes across 141 countries, six more than in 2012.

An additional 15 broadcasters will show the official ‘IRB Sevens World’ highlights programme, boosting the audience to over 330 million homes in 152 countries.

After the penultimate round of the Series, New Zealand have 151 points, an unassailable lead from second-placed South Africa (122). Fiji lie third (108) ahead of Samoa (99) and Kenya (84).