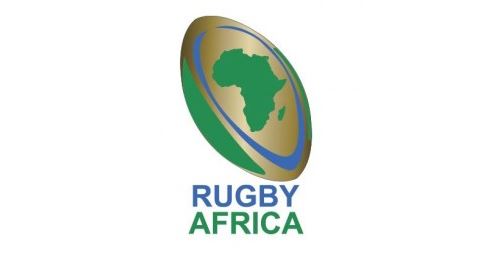 Mar 28 • General News, World Rugby • 1697 Views • No Comments on Eight under-20 African national teams compete in the Barthés U20 Trophy for a place in the 2018 Junior World Trophy

The competition was renamed in 2016 in honour of the late Mr. Jean-Luc Barthés who worked tirelessly for fourteen years as Rugby Service Manager for Africa at World Rugby (www.WorldRugby.org) to encourage the development of African rugby.

We all know that youth represents the future and it is Africa’s greatest resource. By United Nations estimates, in 2050, one-third of the world’s population aged between 15 and 29 will be living in Africa, providing a tremendous pool of athletic talent to boost African rugby.

“The U20 competition is the culmination of the development policies pursued for the continent by the federations with the support of Rugby Africa (www.RugbyAfrique.com) and World Rugby. Encouragement begins early with the all-inclusive Get Into Rugby program, which has been a huge success in Africa since its launch in 2013. In 2017, nearly 400,000 girls and boys were introduced to rugby throughout the continent of Africa,” said Abdelaziz Bougja, President of Rugby Africa, for whom the development of African rugby and education through the values of rugby are the key elements of the association’s strategy.

The federations have understood the importance of developing youth sections in their clubs and of establishing national championships for juniors who will later become the talent for the senior national teams. Already, the Barthès U20 Trophy has become a major venture, as the U20 African champion will qualify for the Junior World Rugby Trophy.

In 2018, the teams competing in the Barthès U20 Trophy are divided into two geographic pools. The North group, composed of Tunisia, Senegal, Morocco and Ivory Coast, will play their matches in Monastir in Tunisia, while the South group, including Namibia, Kenya, Zimbabwe and Madagascar will play their matches in Windhoek, Namibia. The final between the winners of the two pools, organised by Rugby Africa, will take place about a month later.

“Ideally, we would like to organize a mini U20 Africa Cup with the eight countries gathered in one location for a tournament, but we don’t yet have the resources necessary to make this project come to fruition. I’d like to take this opportunity to launch an appeal to both institutional and private partners to help us in this endeavour and to support young African rugby players,” declared Guédel N’Diaye.

The Junior World Rugby Trophy, meanwhile, is an annual international competition of eight teams, comprised of the host team, the relegated team from the top division of the World U20 Championship and six regionally qualified teams. Last year in Uruguay, Namibia had a great performance, finishing in 4th place. “In summary, the winner of the Barthés U20 Trophy qualifies for the Junior World Trophy whose winner in turn qualifies for the World U20 Championship, with the possibility of becoming the under-20 world champion,” outlined Guédel N’Diaye, director of competitions for Rugby Africa.

The two host federations are excited about the kick-off of the first competition of the Rugby Africa season. “The Namibian team has been training since the beginning of last week. We are all excited about the challenge of maintaining our status as the U20 Rugby Africa Champion. The Namibian coach, Roger Thompson, is optimistic about his team’s chances of winning the tournament and is eager to demonstrate the talent of his young team,” said Mervin Green, chief executive of the Namibian federation.

The president of the Tunisian federation, Mr. Aref BELKHIRIA, reiterated his loyalty and enthusiasm for African rugby. “It is important to re-emphasise from time to time our gratitude to and respect for World Rugby and Rugby Africa for the confidence they have shown in our federation for the organization of the North pool of the Barthes U20 Trophy tournament for the second successive year. We want to ensure that our guests leave with the most positive memories possible of our country, reassured of the important place occupied by rugby within the Tunisian strategy for sport.”

The match programme for the Barthès U20 Trophy: