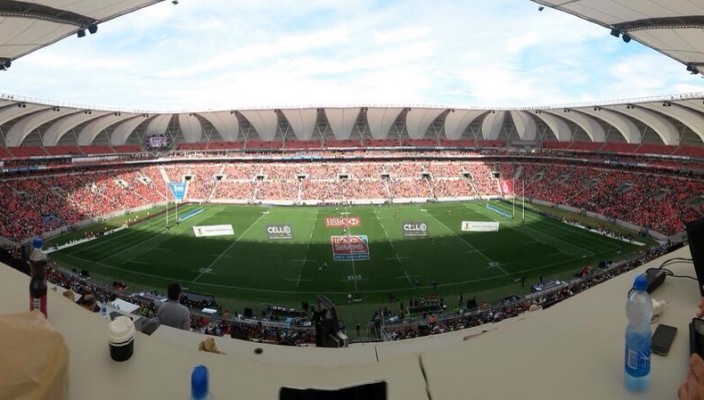 England 7s through to Cup quarter-final in South Africa 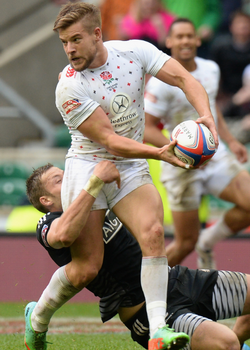 ENGLAND Sevens are through to the Cup quarter-finals at the South Africa 7s in Port Elizabeth with two wins from three on Day 1. They will take on hosts South Africa on Day 2 at 12:19am CAT.

In a tense and physical game, England dominated proceedings in the opening half and were unlucky not to go in ahead, but the Kiwis hit back and Joe Webber scored early in the second half for the ultimately decisive score.

Head Coach Simon Amor said: “We’re really pleased with the attitude of the guys today – we played some good rugby in the opening two games but we’re disappointed with the result against New Zealand. South Africa will be another tough game for us tomorrow, but we’ll prepare well.”

Backing up an earlier 45-0 win against Japan, Amor’s side beat Samoa 22-7 in their second Pool match.

After falling behind early on against Samoa, England hit back well and Tom Mitchell made it 7-5 before the break with Samoa a man down.

Two second half tries from Jeff Williams and a second of the game from Mitchell sealed the win in what was an impressive performance.

England kicked off the day with a comprehensive seven-try win against Japan. Williams kicked off the scoring before Dan Norton, with two, and Christian Lewis-Pratt dotted down before the break.

In the second seven minutes Lewis-Pratt added his second before Tom Bowen and Phil Burgess rounded off the scoring.

England 7s through to Cup quarter-final in South Africa