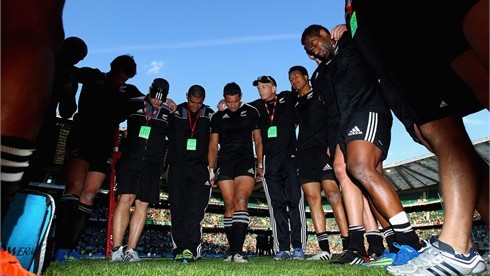 From the end of the 2012/13 Series, promotion and relegation from core team status will come into effect, with a pre-qualifying competition in Hong Kong and a final core team qualifier in London at the ninth and final round of the season.

The Marriott London Sevens, the final round of the Series, will feature two distinct tournaments, and a total of 20 teams. In the first, the top 12-ranked sides in the HSBC Sevens World Series standings after round eight in Glasgow will compete for the London title, and final World Series points towards their overall tally. In the second, the 13th, 14th and 15th-ranked core teams after the Glasgow event will compete against five pre-qualified regional teams from Hong Kong, for the three available core team places on the 2013/14 HSBC Sevens World Series.

POOL A
POOL B