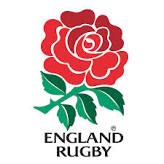 England Under 20 lose to Wales in Colwyn Bay

England Under 20 fell to defeat against Wales in their opening game of the Six Nations, losing 21-15 at Eirias Park in Colwyn Bay.

Head Coach Jon Callard’s charges got off to a difficult start and found themselves 3-0 down with three minutes on the clock from the boot of Welsh fly half Dan Jones.

And it got worse when flanker Charlie Beckett was sent to the sinbin for a late tackle minutes later. But England regrouped and scored while a man down when No. 8 James Chisholm controlled the ball brilliantly before picking up to score. Rory Jennings added the extras to make it 7-3.

Jones then added his second penalty for Wales before the impressive Howard Packman set up Joe Marchant to score on his Under 20 bow to make it 12-6 in England’s favour.

Wales had the last say of the half when hooker Liam Belcher burrowed over to score in the corner, the conversation went wide making it 12-11 to England at the break.

Jones scored his third penalty early in the second half to give Wales the lead, and with Kieran Treadwell and Paul Hill in the sinbin Wales took full advantage to score in the corner through Tom Phillips to make it 21-12.

Jennings scored his first penalty after 60 minutes to make it 21-15, which is how it stayed, despite an English onslaught towards the Welsh try line in the dying moments.

Callard said: “It was a disappointing game for us. Wales came out and disrupted our set-piece and game plan, and full credit to them for that. It’s a big learning curve for us, we put heavy pressure on their line towards the end but couldn’t find the breakthrough. We’ll regroup and review and we’ll be better for it as we look ahead to Italy next Friday.”

Captain Charlie Ewels added: “We’re hugely frustrated with the result. We did a lot of things well, but equally we know that there’s a lot to work on. We didn’t manage the game as best we can and that’s what cost us. Full credit to Wales though, they took their chances and deserved the win.”

6 NationsEngland Under 20 lose to Wales in Colwyn BayU20