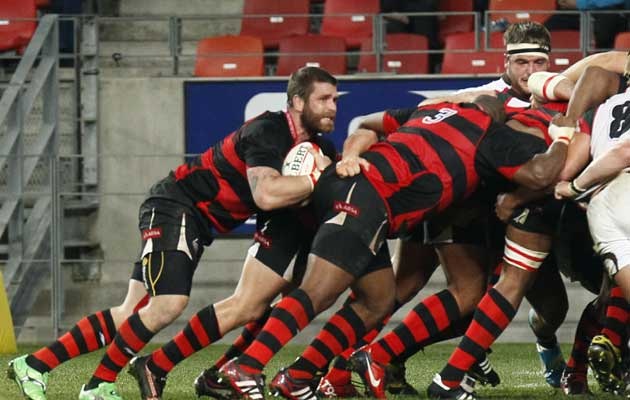 The EP Kings first division side will be looking to prove a point when they run out against the Down Touch Griffons on Friday night, building on a solid performance that saw them lose by one point in the dying minutes of the game against the Pumas last week.

Currie Cup head coach, David Maidza, said there had been a few significant changes to the team, as steps were taken to manage players who had come through from a long season in Super Rugby.

Maidza said both locks from last week, namely captain Darron Nell and Steven Sykes, had picked up slight niggles from the game against the Pumas.

Maidza said Tiger Mangweni would take over the captaincy, with Hannes Franklin taking up the vice captaincy role.

Wayne Stevens comes in for Ronnie Cooke, who has a slight shoulder injury,” he said.

Maidza said Siyanda Grey was not available for selection, as he had to attend a funeral, while Charl Du Plessis came back into the side after his father passed away last week.

“The entire squad feels for what Charl has gone through these past few weeks, but I think what he wants to do is come back. I think he’s in the right headspace, and he wants to come back and play,” he said.

Reviewing last week’s performance, Maidza said the side had definitely stepped up and had delivered a good performance against the Pumas, especially as the side had only played together for a short space of time.

“Our ball retention wasn’t as great as I would have liked to see it, and there were a couple of opportunities where we left some points on the field, but it was a definite improvement,” he said.

Vice Captain, Hannes Franklin said there was pressure on the team to perform well against the Griffons. “We want to perform; we’re definitely looking forward to the remainder of the Currie Cup campaign and putting ourselves in a good position for the play offs to come. We definitely want to defend the title,” he said.