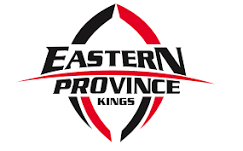 DESPITE two wins already over the Toyota Free State Cheetahs this season, the EP Kings U19 rugby side will be taking nothing for granted when they clash in the Absa Provincial Championship semifinals at Nelson Mandela Bay Stadium in Port Elizabeth on Friday (October 16, kick-off 15.00).

In the other competition playoff, also being played on Friday, the second-placed Blue Bulls take on Western Province at Loftus Versveld in Pretoria (16.30). The final will be played at the venue of the senior Currie Cup final on October 24.

Under the guidance of coach Mzwandile Stick and captain Jeremy Ward, the Kings have built an impressive record of 11 wins in 12 matches in the Premier Division this season, but both know that will count for nothing in the once-off semifinal against the Cheetahs.

“With this being a semifinal you cannot underestimate any team and we know that the Cheetahs will come hard at us,” Stick said. “But we will go out there and stick to our gameplan and not try anything fancy. Our objective is to focus on our strengths and to make sure we implement our gameplan on the day.”

As captain, Ward has been at the forefront of the team’s achievements, but Stick said one of their strengths was the leadership quality of several players in the squad.

“We have aimed to play together as a team this season and this is a good squad with several team leaders. We don’t do anything complicated and the players have been totally committed to the cause,” Stick said.

Ward said they knew they were in for a massive physical test against the Free Staters, but said they were ready for the challenge.

“We know it will be a hard physical battle, but we are confident we will be up to it,” he said. “We are making sure we don’t get ahead of ourselves and we know we have to continue to the fight and to remain hungry for success.”

The Kings squad is: