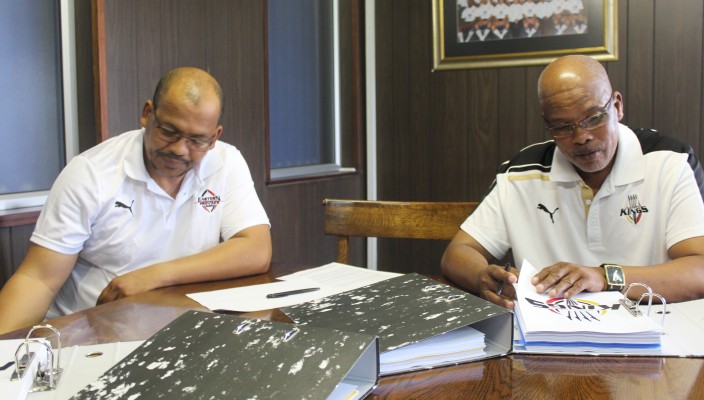 EP Rugby has noted the article in Die Burger this morning (6 November 2015) over the matter of funding for the Kings Academy raised by Minister Fikile Mbalula.

“The SARU Kings Academy is one of four Rugby Academies that were established by SA Rugby with funding received from the National Lotteries Board,” said EPRU Executive Member, Vernon Stuurman.

“The other three academies are based at the Border, SWD and Boland rugby unions,” he said.

Stuurman said all four academies were administered by SARU and that EP Rugby would engage with the mother body to make the report on the funding received, which has been submitted to the National Lotteries Board, available to the minister’s office.

Stuurman said he was disappointed that EP Rugby had not been contacted for comment with regards to the article.

Stuurman, who is also chairman of sub union committee, has been appointed by the EP Rugby executive as spokesperson for the union while EP Rugby President, Cheeky Watson, is overseas.

Watson travelled overseas on Friday, where, among others, he would be meeting with the sponsors over the delayed funding.

Addressing the matter of the sponsor, Stuurman said the EP Rugby executive were aware of the delays and were being kept abreast of the situation.

He said the funding would be a game changer for both the professional body as well as the union.

“We understand the frustrations over the delays but we also understand that there are significant challenges when dealing with such a huge sum of money,” he said.