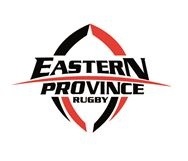 EP Rugby’s player of the year goes to

Ronnie Cooke has been crowned Eastern Province Rugby’s Player of the Year for 2013, after what has undoubtedly been a very long rugby season.

“There can be no doubt that 2013 has been one of the most challenging as well as one of the most exciting years that EP Rugby has been through in recent history, and it would not have been possible without the courage, commitment and determination of the players,” said CEO Charl Crous.

Crous said that the awards, which were handed out yesterday at an informal players end of year function, were just a small way of recognising the players achievements and contributions over the year.

The Most Promising Young Star of 2013 went to Siviwe “Shakes” Soyizwapi who, having made just four first-team appearances was called to the Super Rugby squad following an injury to Hadleigh Parkes, and made his Super Rugby debut in the 28–28 draw against the Brumbies. Soyizwapi went on to represent both the Currie Cup first division team as well as the U21s before being called up to represent the SA Sevens Academy squad in Dubai.

Tim Agaba, who played for the NMMU Madibaz in the 2012 and 2013 Varsity Cup, as well as the 2013 Vodacom Cup and ABSA Currie Cup competitions, was named Rookie of the Year.

Best Try of the Year went to Sergeal Petersen for his first try against the Western Force in the debut game of the Southern Kings.

Scott van Breda was awarded a merit award for his contribution to the team in 2013, and was also named the Supporters Player of the Year, an award sponsored by the official supporters club, the Kings Army.