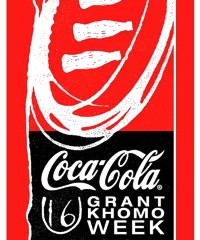 EP U16s too strong for Falcons

Eastern Province recorded their first win at the Under-16 Coca-Cola Grant Khomo Week when they beat the Falcons on Tuesday.

The boys from Port Elizabeth suffered an 11 – 24 loss in their opener against KwaZulu-Natal, but made amends today when they scored five tries to beat the boys from Kempton Park on the second day at the Bridgton Sports Grounds in Oudtshoorn.

The first half was exciting as both teams tried hard to make their presence felt. Eastern Province had the first say with two tries in the first seventeen minutes, which they converted to take a 14-0 lead. The Valke hit back five minutes later with a converted try of their own to reduce the deficit to 14-7, which they held onto for the rest of the half.

The Valke came out strong in the second half as they burst through for their second try, but this was cancelled out by Eastern Province as they added another try minutes later. The Valke again hit back, but two tries by Eastern Province in the last four minutes pushed them into a convincing lead to finish the match 35 – 17.

EP U16s too strong for Falcons