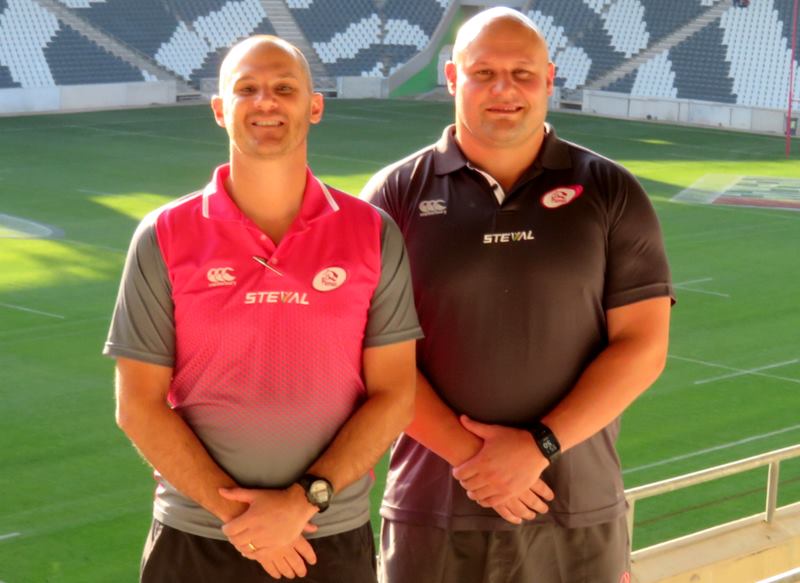 In a momentous move for the Steval Pumas, world-cup winning Springbok prop and highly regarded coach CJ van der Linde has signed as forwards coach for the 2017 Currie Cup season.

36-year-old Van der Linde retired from professional rugby after the 2015/16 season with French Top 14 side Montpellier, but remained in the setup as scrum coach. Van der Linde, who made 75 appearances for the Boks and was an integral part of the team which won the 2007 World Cup, will now replace Hein Kriek at the Steval Pumas.

Kriek has been given an early release to take up an opportunity to join the coaching staff of the Czech National Rugby Union under Director of Rugby Phil Pretorius.

Van der Linde said that he is happy to be back in the country to join a quality coaching staff.

“It is great to be back in my own country and to work with quality people at the Pumas. I’m looking forward to the opportunity,” said Van der Linde.

He added that he is excited to work with head coach Brent Janse van Rensburg again, whom he played under and coached with at the Eastern Province Kings.

“I was very impressed with Brent’s way of coaching and managing the programme at the Kings. It’s exciting to be able to work with him again,” Van der Linde said.

Janse van Rensburg said that Van der Linde brings a wealth of international experience with him.

“Being an ex-Springbok who won the 2007 World Cup, and more recently coaching at Montpellier, CJ brings us a wealth of experience. Having coached with him before, I know what huge value he can add. He is very sound both technically and in character. We warmly welcome him to the Steval Pumas family,” said Janse van Rensburg.

Pieter Burger, Mpumalanga Rugby CEO said that with the early departure of Hein Kriek, the board feels it is important to increase support to players and coaching staff.

“CJ’s specialized set piece and scrum knowledge will be invaluable over the course of the Currie Cup Premier Division. We look forward to his contribution and impact, and thank him for his time during his tenure over the next two and a half months.”

The Steval Pumas got off to an excellent start in the Currie Cup Premier Division this past weekend, defeating the Xerox Golden Lions 43-36 in a bonus-point victory at Mbombela Stadium. This Saturday, the Mpumalanga side will face the Sharks in Durban.