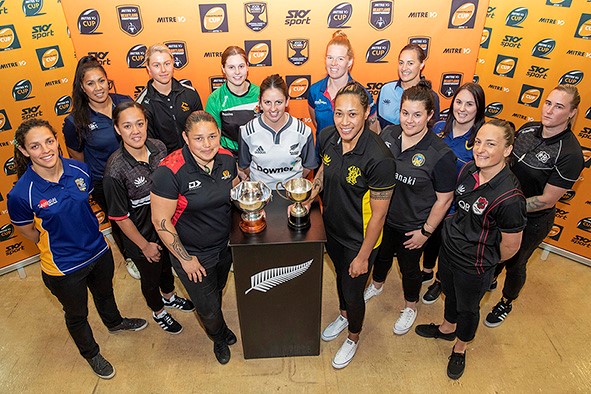 Farah Palmer Cup to kick off in 2020 as season confirmed

May 29 • General News, National, New Zealand • 262 Views • No Comments on Farah Palmer Cup to kick off in 2020 as season confirmed

A full 13-team Farah Palmer Cup has today been confirmed by New Zealand Rugby (NZR), with the season to kick off in August.

In a move to further delight rugby fans, the country’s best women players will be on show across a nine-week season, set to feature Black Ferns and Black Ferns Sevens stars.

After collaboration with Provincial Unions, 13 teams have committed to the competition which is set to feature 39 matches, kicking off on 22 August. A revised format will see teams compete in North and South pools, with seven weeks of round robin, before two weeks of play off matches.

NZR Head of Women’s Rugby Cate Sexton said she was delighted that players and fans alike would have an exciting competition to look forward to.

“We are heading into a celebrated time for women’s rugby, with both the Olympics and the Rugby World Cup taking place next year. We believe that the Farah Palmer Cup will provide high-quality rugby for our players in their preparations.

“Notwithstanding the financial challenges of the Covid 19 pandemic, it was always our intention to make sure we had a quality competition for our female players to compete in and we are really happy with this outcome.

“The Provincial Unions have been working incredibly hard to establish and develop their women’s high performance programmes and as the game continues to grow, this competition is an exciting showcase of the women’s game,” said Sexton.

The 2020 Farah Palmer Cup will be a critical piece of preparation for the Black Ferns as they eye their defence of the Rugby World Cup on home soil in September and October next year. It is also expected to feature Black Ferns Sevens players due to the disruption of the HSBC Sevens World Series schedule.

NZR Board Member and former Black Ferns Captain Dr Farah Palmer, for whom the competition is named after, said the prospect of having New Zealand’s best women’s players in one competition would be one for fans to cherish.

“This will be an enthralling competition and just what we need as we build momentum into next year’s World Cup. I have no doubt our players will want to put their best foot forward as they strive to play in the black jersey at a home World Cup,” said Palmer.

The full draw for the 2020 Farah Palmer Cup will be unveiled in the coming weeks.