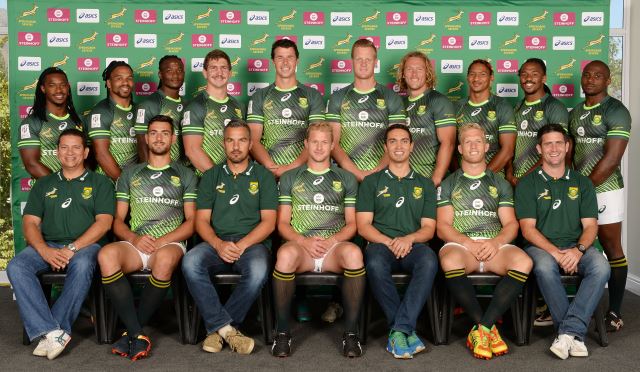 Finding the next Blitzbok on SA Rugby Sevens Academy’s radar

Winning tournaments in Chile, Singapore and Dubai is a feather in the cap to the coaching staff of the SA Rugby Sevens Academy, but producing the next generation of players for the Springbok Sevens team will always be first prize.

Those were the sentiments of SA Rugby Sevens Academy coach, Paul Delport before his squad departed to Dubai on Tuesday.

Delport, a former Springbok Sevens captain and veteran of 30 tournaments for the Blitzboks, alongside SA Rugby Sevens Academy Manager, Marius Schoeman, are always scouting for talent and finding the next star has always been the main aim of the Academy.

The Emirates Dubai Sevens International Invitational tournament, which will be played alongside the HSBC World Rugby Sevens Series event on December 2 and 3, is therefore very important for their programme, Delport said.

“It is a rebuilding phase in the next four-year cycle as we try and find the next batch of potential Olympians and we embrace that,” said Delport.

“The guys we got in are really the cream of the crop and Marius has done a great job in getting them in.

“We are really looking forward working with them over the next couple of months. Our job is to develop the next group of players that can play for the senior team.”

Deport and his team are travelling to Dubai to defend the title they won last year, so winning remains as important as ever.

“Winning tournaments along the way is also nice, but our main aim is to deliver the next Blitzbok,” said Delport.

“It is in our personality and culture to want to win every match, though, so we will always go out to achieve that, but we have another goal with this team as well. The sooner the guys buy into our structures, the sooner they will fit into the senior squad set-up.”

The South Africans will face the international teams from Poland and Belgium in their pool, as well as the French B-team.

The squad has been boosted by the inclusion of the experienced Stephan Dippenaar, who played 29 times for the Blitzboks on the World Series, and that experience will provide stability on the side.

“It is great to have Dippies there as captain, as he had been there, seen it all before and can keep the guys calm,” Delport said.

The SA Rugby Academy side has some exciting names in their midst and all will try and become the next Kwagga Smith, Seabelo Senatla or Werner Kok, all graduates of the Academy side.

The SA Rugby Sevens Academy Pool A fixtures are:

The Pools for the tournament are: