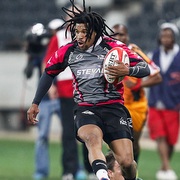 The scramble for semifinal places in the Absa Currie Cup First Division is expected to force the competition to a new level of competitiveness this weekend as the teams attempt to make the most of the three remaining pool matches.

Hard work awaits the Kings as they are one of four teams chasing the three remaining semifinal spots, with only six points separate them from the fifth-placed Regent Boland Cavaliers on the log standings. This means one of the teams will lose out in a few weeks. This is expected to motivate the teams significantly to make their presence felt.

In the big match-ups on Friday the Regent Boland Cavaliers host the EP Kings in Wellington and the SWD Eagles go up against the Steval Pumas in George.

The Leopards, meanwhile, take on the Down Touch Griffons in Potchefstroom in a match the home team will target for a bonus-point win to keep them in contention for a semifinal berth, while the Border Bulldogs meet the Valke in East London.

In Wellington, the EP Kings will start their clash against the Regent Boland Cavaliers as favourites following the impressive form which has earned them three back-to-back victories. The home team, meanwhile, have been struggling and have their backs against the wall as they trail the fourth-placed Leopards by three log points. Should the Cavaliers suffer a defeat, it could dash their semifinal hopes. The Kings’ strong attack and defence aside, they have an efficient goal-kicker in fullback Scott van Breda, meaning the Cavaliers need to be disciplined as well to prevent the visitors from keeping the scoreboard ticking.

The Steval Pumas will back themselves to beat the SWD Eagles in George after remaining unbeaten so far in the series thanks to a superior attack and defence. But with the Eagles facing the risk of dropping down the standings and having their home semifinal aspirations dented, they will be desperate for a victory. The home team’s defence, in particular, will have to be water-tight to secure a victory as the Pumas are the best attacking team in the competition by far thanks to the likes of playmakers Rosco Speckman, RW Kember and JW Bell, who will all be in action this weekend. The Pumas, however, will be wary of SWD speedster Alshaun Bock, who boasts 16 tries this season, and fullback Justin van Staden who has had a fair season with the boot.

In Potchefstroom the Leopards will have faith in their abilities to beat the Down Touch Griffons, especially with the Griffons having won only three of their 11 matches. But the visitors come off a hard-fought victory against the Border Bulldogs and are playing purely for pride, meaning they will enter the clash with nothing to lose. The Griffons’ will have to tighten up their defence, especially, to create an upset. But with their attack having been solid this season after securing five bonus points for tries, they certainly have the potential to create headaches for the Leopards. Given the quality of both team’s packs, the forward battle will be tight.

The Valke, meanwhile, will look to build on their shock victory against the Cavaliers last week when they line up against the Border Bulldogs in East London, although the result will have no significance, as both teams are out of the running for semifinal spots.