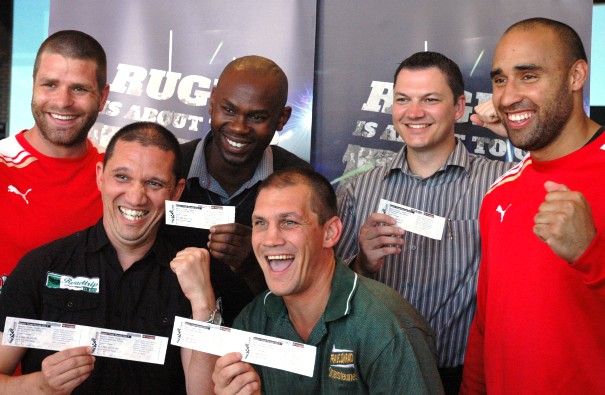 The winners were chosen via a lucky draw after registering on the rugby season ticket website, www.biginthebay.co.za last year.

“Each season ticket also comes with a wide range of value added benefits including R200 worth of Free Play Vouchers and more than R600 worth of general vouchers from the Boardwalk, as well as  preferential rates on membership to Goodfellas and The Herald and Weekend Post subscriptions,” said Access Management’s GM: Commercial, Allen Kruger.

Kruger said the winners would also receive preferential bookings for all other events held at Nelson Mandela Bay Stadium this year. He said the total value of the prizes was in excess of R2000 per season ticket.

The winners also got to meet Southern Kings players Luke Watson and Waylon Murray at the handover.