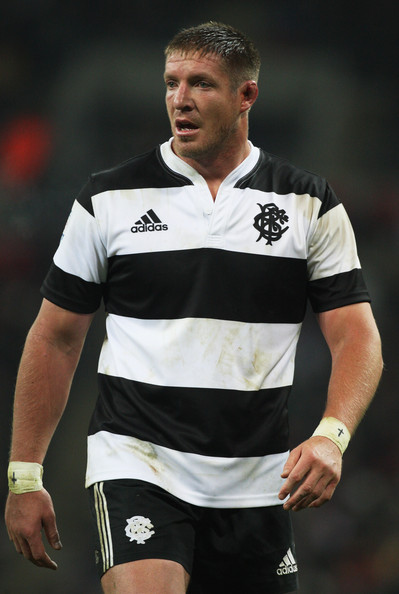 Bakkies Botha of The Barbarians looks on during the 1908 - 2008 London Olympic Centenary match between The Barbarians and Australia at Wembley Stadium on December 3, 2008 in London, England. Photo by David Rogers /Getty Images.

Morgan Piek – The Barbarians have named a strong squad representing no less than ten different counties to take on England, Ireland and Wales during the Northern Hemisphere summer.

The Barbarians won most recent previous encounters against the three home nations they will be facing on tour.

The Barbarians squad is as follows: