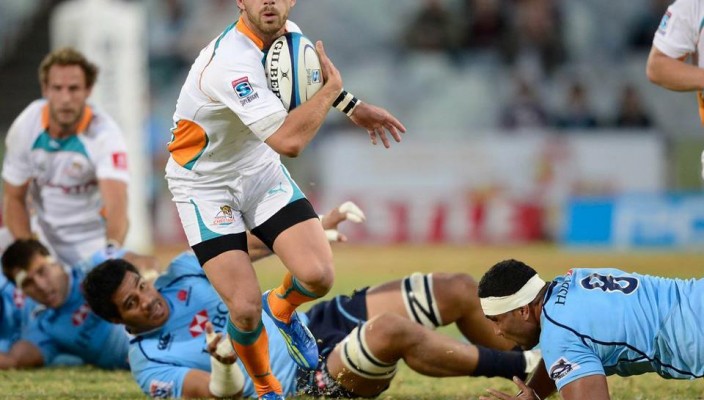 Five uncapped players, two of them in the starting line-up, have been selected in the Springbok team to face Italy in the opening round of the Castle Lager Incoming Series at Growthpoint Kings Park in Durban on Saturday afternoon.

Willie le Roux (fullback) and Jano Vermaak (scrumhalf) will earn their Springbok debuts in the starting team, while the trio of uncapped players on the bench are Trevor Nyakane (prop), Arno Botha (loose forward) and Jan Serfontein (centre), who was part of the SA Under-20 team that won the Junior World Championships last year.

Stalwarts Bryan Habana (wing), Pierre Spies (No 8) and Tendai Mtawarira (prop), who missed the tour last November because of injury and health issues, are back in the starting team.

JJ Engelbrecht (centre) will start his first Test for South Africa at outside centre and Bjorn Basson (wing) will earn his seventh cap after last playing for the Springboks during the away leg of the Castle Lager Rugby Championships in 2011.

On the bench, Chiliboy Ralepelle (hooker), who also struggled with injuries last year, is back in the Test match day squad. He will feature in his 22nd Test if he gets game time on Saturday.

Ten players who played in the Springboks’ last Test of 2012, a 16-15 win over England at Twickenham, have been included in the match-23 for Saturday. They are Jean de Villiers, who is also the captain, Willem Alberts, Francois Louw, Juandré Kruger, Eben Etzebeth, Jannie du Plessis, Adriaan Strauss, Flip van der Merwe, Ruan Pienaar and Pat Lambie.

“This was not an easy team to select as I’ve been very impressed with the attitude shown by the players in training this week,” said Springbok coach Heyneke Meyer on Wednesday.

“I’m very happy that we’ve managed to retain the core of the team from last year for the sake of continuity, but it’s also great to see a bunch of new players emerge from Vodacom Super Rugby.

“Upfront we’ve managed to keep six of the eight who started against England and at the back there are a number of very exciting players who have earned their places in the team. I’m very excited to see what this new-look backline can do.

“A number of players just missed out on selection in the match-23, but there is no reason why they can’t force their way into the reckoning next week.”

Commenting on Saturday’s Test, the first against Italy in almost three years, Meyer said: “We respect the Italians but the focus will be on what we want to achieve this weekend.

“In the past they have been regarded as one of the lesser Test nations, but that is no longer the case. Just look at their performances in the Six Nations this year – they beat Ireland and France in Rome and just lost to England in London.

“They have always been exceptionally strong upfront and will test us, especially at scrum time. But they also have some superb backs and are very well led by Sergio Parisse, so we know this will not be a walk in the park.”

The Springbok Test against Italy kicks off at 17h15, after the match between Scotland and Samoa, which starts at 14h15.

The Springbok team to face Italy in Durban is:

·         Jean de Villiers will extend his record as the most-capped Springbok centre, with 69 Tests in this position.

·         Bryan Habana will extend his record as the most- capped Springbok wing, with 82 Tests in this position.

·         Morné Steyn will extend his record as the most-capped Springbok flyhalf, with 41 Tests in this position.

·         Ruan Pienaar and Bryan Habana will both be playing against Italy for the fifth time, equalling the record of Victor Matfield and Andre Venter.

·         Willie le Roux, Jano Vermaak and, if they take the field, Trevor Nyakane, Arno Botha and Jan Serfontein will make their Tests debuts for South Africa.

·         If he scores a try, Morné Steyn will extend his record of seven Test tries as a flyhalf for South Africa.

·         The referee is John Lacey of Ireland. It will be his first Test involving South Africa.

o   Most penalty goals – eight by Morné Steyn against New Zealand on 1 August, 2009.