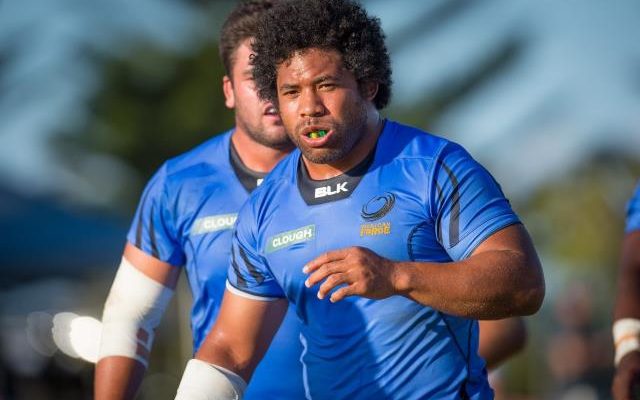 The Road Safety Western Force has today announced the squad to compete in the Brisbane Global Rugby Tens at Suncorp Stadium on 11 and 12 February.

Headlining the Force squad for the tournament is Wallaby duo Tatafu Polota-Nau and Luke Morahan, while Brisbane fans will get a first look at NRL sensation Curtis Rona in the blue jersey and rounding out with club legend Matt Hodgson.

Western Force Head Coach Dave ‘Blood’ Wessels says there is great excitement around the team about competing at the tournament and has announced that current skills coach Kevin Foote will coach the side at the event.

“It’s very exciting, a new format of the game, we’ve seen how successful it’s been for a sport like a cricket trying different forms, so we’re thrilled to be involved with it.

Western Force Tens Coach Kevin Foote says that the tournament in Brisbane is going to be huge for rugby and can’t wait to get over to the east coast and get started.

“I’m really pumped about the Tens, it’s an exciting tournament and I think we’ve got a really strong squad who are excited to play that style of game.

“We will definitely take momentum from the win in the Mauritius Tens last year, but more importantly we want to go out there and enjoy playing the game.

“I think we have a really good balance in the squad; a guy like ‘Hodgo’ (Matt Hodgson) over the ball in unstructured play with so much space and having guys like Luke Morahan, Curtis Rona and Chance Peni outside of them with the pace it should be entertaining to watch.”

The Force will be without captain Ben McCalman as he prepares for the Super Rugby season and star fullback Dane Haylett-Petty who is still working back to full fitness.