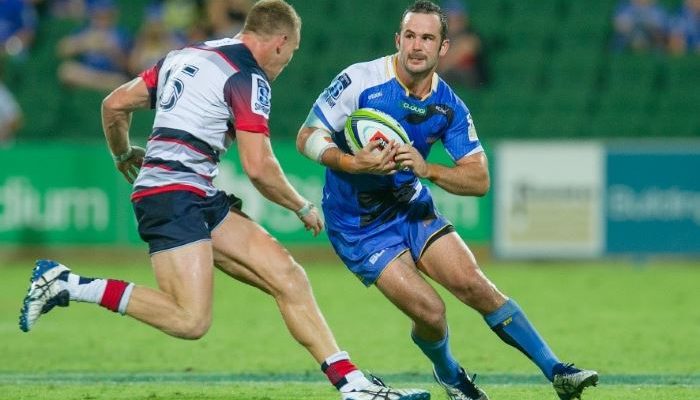 The Western Force is set to play two pre-season trial matches against the Perth Spirit (Saturday, 28 January) at Barnard Park in Busselton, WA and the Melbourne Rebels (Monday, 6 February) at Bond University on the Gold Coast, Queensland in the lead-up to the 2017 Super Rugby season.

The Force will open its pre-season campaign against a Perth Spirit side which will include players from this year’s Buildcorp National Rugby Championship (NRC) Grand Final winning team, as well as Future Force Foundation products. The match will also mark a South West tour, where the team will visit rugby clubs and provide clinics to the junior rugby south of Perth.

The second fixture will see the men from the west head to the Gold Coast to take on rivals the Rebels, in the lead up to the exciting new tournament, the Brisbane Global Rugby Tens. The Force had two tough losses against the Melbournians in the 2016 regular season and will be eager to kick off with a win.

Western Force Head Coach Dave ‘Blood’ Wessels says these trial matches are important in the lead up to next season and give the team a good chance to trial the work they have been putting in over the pre-season period.

“For us, the trials matches are another part of our pre-season, they provide us with an opportunity to test some of the things we’ve been doing and particularly put ourselves into some live contact situations.

“It’s a good yardstick for us, but as we know it means very little in the context of the season, so we’ve got to keep it in perspective and use it as part of our preparation.”

Wessels says the South West tour is a real highlight for the club this pre-season and is eager to get down there take Western Force rugby to Busselton.