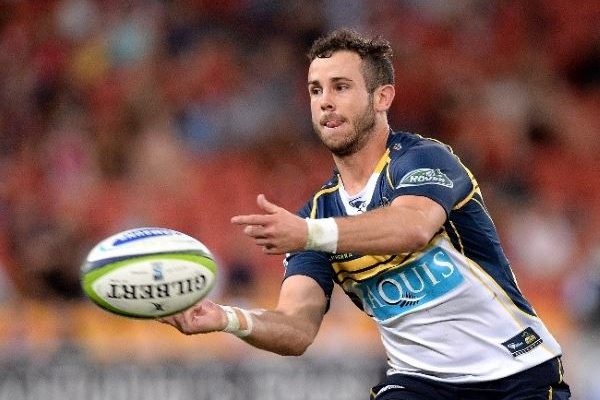 FORCE LURE COLEMAN TO THE WEST

The Western Force have signed Brumbies utility back Robbie Coleman for the 2017 and 2018 Super Rugby seasons.

The 26-year-old will leave the Canberra based club with a year left on his contract and head west to continue his rugby career.

After 80 caps with the Brumbies, Coleman says it was time to change and the fact that he’ll now be coached again by Dave Wessels was a huge factor in his decision.

“I met Dave back in 2012 when he was working at the Brumbies and I had a great relationship with him then,” he said. “Now that he’s the head coach of an exciting team, it was an offer too good to refuse and I can’t wait to get out there and pull on the blue jersey.”

The pacey back says that he hopes to bring experience and a tough attitude to the Force and looks forward to the challenge that next season will bring.

“What I’m hoping to bring to the squad is that second source of a ball player and basically being able to give the playmakers a bit of a voice out there, while providing a bit of speed and acceleration out there.

“If I can give any advice and help anyone out there, I’d be more than happy to and I’m just really excited about a fresh start with the Western Force.”

In what was a red hot Buildcorp National Rugby Championship for Coleman this season, he says consistent game time has given him confidence to head into next year.

“There was actually talks of me heading over to the Force a few years ago, but my body just wasn’t in the right physical condition.

“I didn’t really want to make the move when I was injured and know I couldn’t give my all to the club. Now that I’ve played a lot of rugby back-to-back and my body is feeling great, I’m ready to have the best season of my career.”

Western Force head coach Dave Wessels is thrilled to have Coleman sign and says it’s been in the works for some time.

“We’re delighted to sign Robbie,” he said. “We’ve actually been trying to get him for a number of years as I was lucky enough to have coached him at the Brumbies.

“We know he’s a very good player and we know he’s exactly the type of player we want in our group as well, so we’re very pleased to have him come to the west.”

Wessels says that Coleman’s experience is a huge advantage and will bring a lot to the squad.

“Robbie has played 80 Super Rugby games in a successful team and has a winning mentality, but he’s still only 26-years-old, so he has a lot of good rugby left in him.

“He can play a number of different positions in the backline which is useful for us and he’s also a left footer which makes him very valuable.

“Most of all the thing I love about Robbie is that he’s a winner. He’s a very competitive guy and he is exactly the type positive energy we need in our group.”