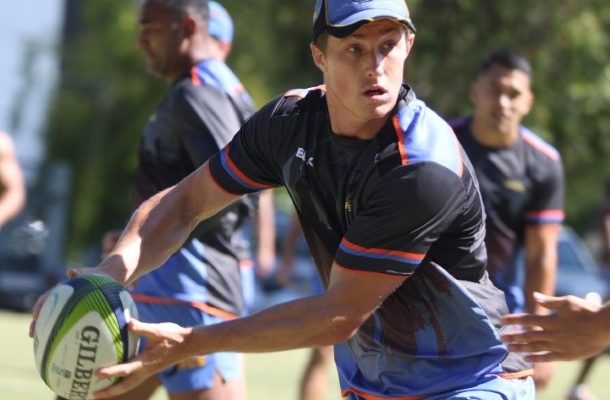 The Western Force have added to their backline depth with the signing of NSW Country Eagles outside back Alex Newsome to the club’s wider training squad.

The 21-year-old originally joined the Western Force on trial at the start of pre-season following an outstanding Buildcorp National Rugby Championship (NRC) campaign with the Eagles and has been rewarded with a contract.

The announcement continues the former Australian Under 20s representative’s rapid rise – after being selected in NSW Country’s wider training squad following a stellar season with Eastern Suburbs in Sydney’s Shute Shield competition in 2016.

Newsome says earning a contract was his goal when he made the trip West for his pre-season trial.

“I’m pretty stoked right now,” he said. “Coming out of club rugby and the NRC last year I suppose it was always a goal to pick something up. To get the trial opportunity in the first place was great and to come through and get signed at the end is awesome.”

“The training has definitely been a step up in terms of intensity from what I have been used to. Coming through the Australian Under 20’s and the NRC I’ve had exposure to those professional environments but I’ve never done a full pre-season with a Super Rugby team.

“It’s been awesome for my game to learn about the intensity needed to make it at Super Rugby level and what to do in order to get to that point.”

“There are so many quality players in the squad and to see the way the Wallabies guys like Dane (Haylett-Petty) and ‘Moz’ (Luke Morahan) go about their work shows you just how high the standards are.”

The talented youngster scored three spectacular intercept tries playing on the wing in the 2016 Buildcorp NRC and also has the ability to also play at centre and fullback.

“I’ve played most of my footy at 13 but playing on the wing in the NRC has given me a bit of versatility to hopefully contribute to the group.”

Born and raised in Glen Innes in northern New South Wales the humble youngster says he is excited to begin his next chapter in Perth and has set his sights on a Super Rugby debut.

“To get signed was my first goal and now my focus shifts to Round One against the Waratahs and making it into that 23. For me right now I’m just going to push hard at training and try to get as much game time as I can this season.”

“Alex deserves his spot in the squad with the way he has performed all pre-season, he’s been very impressive and all the coaches are excited to see him play.”

“He’s has got really good feet. His game awareness is strong and from what we have seen so far he is a very intelligent guy and an intelligent rugby player.”