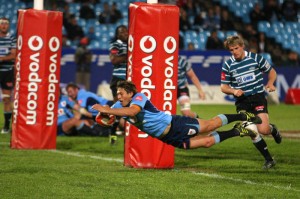 Young 21-year old Vodacom Blue Bulls flyhalf Louis Fouche starred for the Blue Bulls as they convincingly beat the GWK Griquas 44-20 at an empty Loftus Versfeld on Friday evening and sending a clear message to all other teams that they are back.

Fouche scored 19 of his sides points which included a try, four conversions and two penalties. Fouche dictated the game with good tactical kicks when needed but even better distribution to his Springbok loaded backline of Wynand Olivier, Zane Kirchner, Akona Ndungane and Bjorn Basson.

Another youngster that starred for the Bulls was Baby Boks captain Arno Botha. Making big hits on defense and getting over the advantage line with every rampant run. Botha got the nod for the man-of-the-match ahead of the Fouche.

The Griquas weren’t good value for money either with plenty of errors and bad decision making putting them under severe pressure. Earl Rose particularly had a night to forget with some questionable decisions when his sides was already under pressure in their own territory.

The Bulls outscored the Griquas by six tries to three. Four of the Bulls tries came in the first half with Jano Vermaak, Juandre Kruger, Bjorn Basson and Akona Ndungane going over the white-wash. In the second half the Bulls scored another two tries with Flip van der Merwe and star Fouche crossing over. The Griquas in a late flourish scored three tries but it was too little to late. Sarel Pretorius, Jonothan Mokoena and Lourens Adriaanse all got on the try-scoring list. 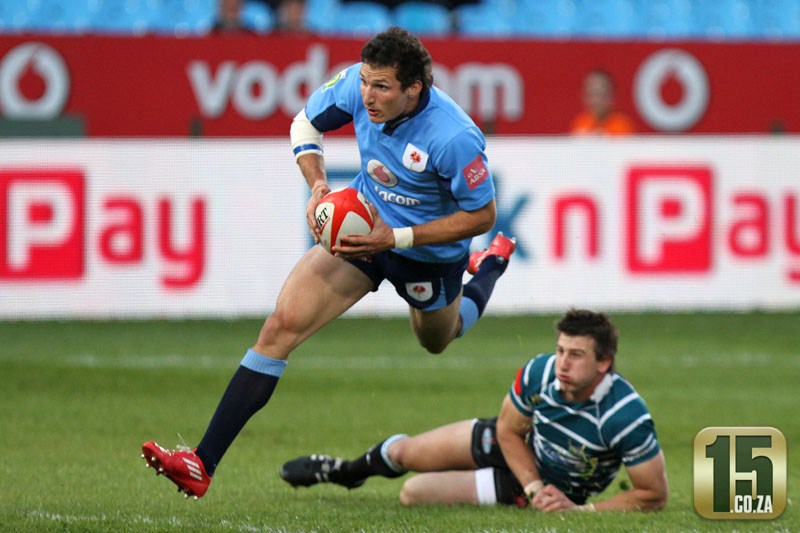