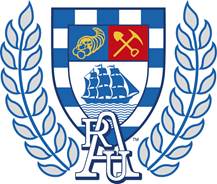 Four changes made to Auckland team

Four changes made to Auckland team

Wayne Pivac has made three changes to the Auckland starting line-up to play Manawatu on Sunday.

The movement is in the forward pack with props Pauliasi Manu and Ofa Tu’ungafasi starting in the front row, while Sean Polwart will wear the No.7  jersey.

“We have a good situation where we have four Super Rugby props. We want to keep them fresh so will be rotating them in the first few weeks.

“Sean played very well for us last year and was good for the Blues Development this season. We have full confidence in him and know he is good to go,” said Pivac.

Meanwhile in the second row, Jack Whetton will make his debut off the bench. “He gets his  the opportunity  this week  and needs to put his hand up to push for a regular position,” said Pivac on Whetton, the son of Auckland centurion and former captain, Gary Whetton.

Coach Pivac said there was a lot to work on after last weekend’s win over North Harbour and the team have the added challenge of the season’s first away game in front of a parochial provincial crowd.

“Manawatu are strong at home and provincial teams always raise their game against Auckland,” said Pivac.

The Auckland team to face Manawatu Turbos at FMG Stadium on Sunday afternoon (kick off 4.35pm)