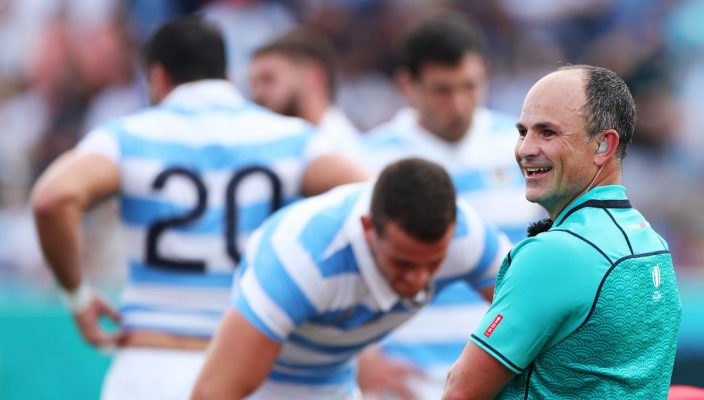 Leading South African match officials Jaco Peyper, Aimee Barrett-Theron and AJ Jacobs are among a host of top international referees that will hold the whistle in the Six Nations and U20 Six Nations competitions in February and March respectively, with Marius Jonker serving as a television match official (TMO) in the senior men’s competition.

Peyper will handle the opening match of the 2022 Six Nations between Ireland and Wales in Dublin on Saturday, 5 February, as well as the final encounter of the competition, when France host England in Paris on Saturday, 19 March, while he will also serve as an assistant referee in the clash between Wales and France in Cardiff on Friday, 11 March.

Jonker will serve as the TMO on two occasions – England v Ireland at Twickenham (12 March), and France v England in Paris (19 March).

Barrett-Theron will take charge of the U20 Six Nations match between Italy and Scotland on Friday, 11 March, in Treviso with Jacobs partnering up with Precious Pazani (Zimbabwe) as assistant referees.

Jacobs will take charge of the U20 match between France and England in Perpignan on Sunday, 20 March, where Barrett-Theron will and Pazani will be on assistant referee duty.

SA Rugby referees manager Banks Yantolo congratulated the trio of match officials and said: “The fact that South Africa have four match officials on the respective panels for these competitions is a feather in our cap in terms of the quality of referees we are producing.

“Each one of these individuals are among the best in their trade and by being named in such elite referee panels shows the consistency of their performances on the field during competitions.

“We have full faith in them and know they will give their best on the field,” added Yantolo.

All the appointments can be viewed here.