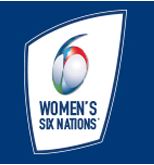 In the case of France v Ireland, the postponement comes after a number of French players tested positive for COVID-19.

The two teams were due to meet in Dublin on Sunday 1 November, but the match can now no longer take place.

The match was originally scheduled to be played in Villeneuve d’Ascq, but the venue was reversed when the French team offered to travel to Dublin to help the Irish players address quarantine challenges.

The decision to postpone the match was taken by Six Nations Rugby, the FFR and the IRFU following a recommendation of Six Nations Rugby’s Testing Oversight Group, due to concerns raised over the potential risk of further infections within the French team.

With regards to Wales v Scotland, four Scottish players have withdrawn from the squad after they were identified as ‘close contacts’ with members of the France team they played against on Sunday 25 October and who have since tested positive for COVID-19 in France.

In addition, another member of the Scotland squad tested positive for COVID-19 today.

These developments have made it unviable for Scotland to field a competitive team against Wales and a decision was made to also postpone this fixture.

Six Nations Rugby will seek to reschedule both fixtures at a later date and further details will be announced in due course.

Six Nations Rugby would like to thank everyone involved who have worked tirelessly in an attempt to stage these matches and also wish the affected players a speedy recovery.