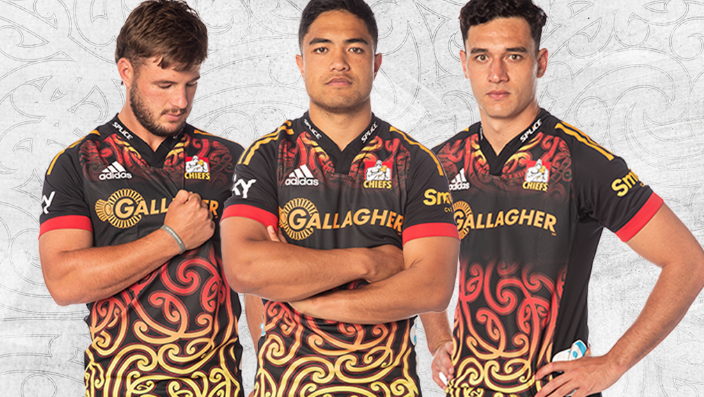 The Gallagher Chiefs have been named to take the field at Queenstown’s Recreation Ground this Saturday, February 19 against the Highlanders. Kicking off at 4.35pm, the Round One fixture will be the first New Zealand based match of the DHL Super Rugby Pacific season.

Seven All Blacks are welcomed into the twenty-three for Round One including the return of Gallagher Chiefs Centurion Brodie Retallick. It will be Retallick’s first opportunity to don a Gallagher Chiefs jersey since 2019. All Black Samisoni Taukei’aho has been named on the bench and could potentially play his 50th match for the Gallagher Chiefs.

Three debutants have been named to start including Waikato lock Laghlan McWhannell and new recruits Josh Ioane and Emoni Narawa. McWhannell will make his Super Rugby debut while it will be the first time Ioane and Narawa will take the field in Gallagher Chiefs jerseys.

Loosehead prop Ollie Norris, hooker Bradley Slater and tighthead prop Sione Mafileo will pack down the first starting front row of the season. The starting locking duo is a mix of youth and experience, with debutant McWhannell in the number 4 jersey and All Black Brodie Retallick returning to start in the number 5 jersey. All Black Luke Jacobson will start at blindside flanker, alongside recently announced Gallagher Chiefs Co-Captain Sam Cane at openside. The powerful Pita Gus Sowakula will round out the starting pack at Number 8.

In the backs, Waikato halfback Xavier Roe gains his first start of the season, combining with new recruit and one test All Black Josh Ioane who makes his Gallagher Chiefs debut in the number 10 jersey. All Black midfielder Quinn Tupaea will start at second five-eighth, with Alex Nankivell named at centre. Jonah Lowe will light up the left wing, with the electric Shaun Stevenson on the right and Gallagher Chiefs debutant Emoni Narawa starting at fullback to complete an exciting backline.

There is an abundance of experience named on the Gallagher Chiefs bench with All Black hooker Samisoni Taukei’aho lining up to play his 50th match as a Gallagher Chief, alongside props Atu Moli and All Black Angus Ta’avao. Naitoa Ah Kuoi and Kaylum Boshier will inject energy off the bench in jersey’s 19 and 20 respectively. An exciting backline trio of recently announced Gallagher Chiefs Co-Captain Brad Weber, first five-eighth Bryn Gatland and utility back Chase Tiatia will complete the twenty-three.

McMillan acknowledged the return of Retallick and the All Blacks while congratulating the debutants on their upcoming achievements.

“We are also looking forward to welcoming three new debutants. It’s a huge privilege to pull on the Gallagher Chiefs jersey and it is a special occasion for them and their whānau. We are excited to see what impact they will have on our season opener.”

McMillan said the team were eager to kick their 2022 DHL Super Rugby Pacific campaign off after a successful pre-season.

“It’s hugely important to us that our hard work and energy manifests into a performance we can all be proud of. We know a lot of our fanbase are disappointed they cannot attend this Saturday, but we are grateful for the support we have received from our sponsors, members and Chiefs whānau to get us here. We are playing for all of you this Saturday.”