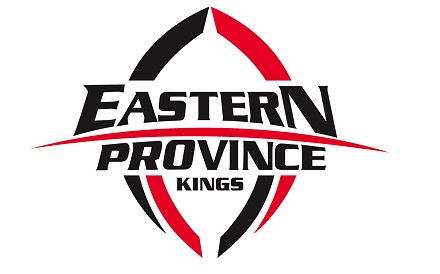 Game of two halves against Griquas

It was a game of two halves in Kimberley on Wednesday, with the EP Kings going into the break with a 3-point lead; but the home team bounced back and dominated the second half to take the game 47 points to 24 at the whistle.

The first minutes of the game revealed two determined teams busy getting the feel for each other on the pitch, with the Griquas Wandile Putuma only opening the scoreboard in the 17th minute. Clinton Swart converted and the home side were leading 7 to nil.

Three minutes later, however, and the EP Kings retaliated when Alcino Izaacs dotted down the ball for his first try of the evening. Lungelo Gosa converted for the Kings taking the scores level.

Griquas once again extended their lead in the 29th minute when Jono Janse van Rensburg crossed the whitewash for the home side and Swart added the extra 2 to take them up 14 to 7.

Gosa took a penalty kick from just inside the Kings half, and, with a favourable wind from behind the ball sailed neatly between the posts to add an extra 3 points for the Kings in the 36th min.

The two sides seemed evenly matched, with Griquas having slightly more possession in the first half and the Kings defence was hard pressed, with many tackles having to be made. Their determination paid off in the dying minutes of the first half as Izaacs broke through the Griquas defence to cross the whitewash for his second try of the evening. Goza converted and the Kings went into the break 3 points up on 17 to the Griquas on 14.

The second half, however, saw the game turn in favour of the home side, as they ran in three tries in the space of 12 minutes, with first Ederies Arendse, then Alshaun Bock and finally AJ Coertzen crossing the whitewash. All three tries were converted by Swart, giving the home side a significant lead on 35 points.

Coertzen crossed the whitewash again in the 68th minute for his second try of the evening, with Andre Swarts, who came on for Swart, missing the conversion.

The Kings discipline once again let them down, with Siphu Msutwana sent off with a yellow card in the 73rd minute.  Griquas capitalised on the number advantage and Eric Zana dotted down the seventh try for the home side in the 74th minute. Swarts kick was good, taking the Griquas to 47.

Never a team known for giving up, the Kings stayed in the game and were eventually rewarded in the last minute of the game when Cullen Collopy got the Kings first and only try of the second half. Pieter-Steyn de Wet converted the try as the hooter sounded.

The final score was Griquas 47 to EP Kings 24