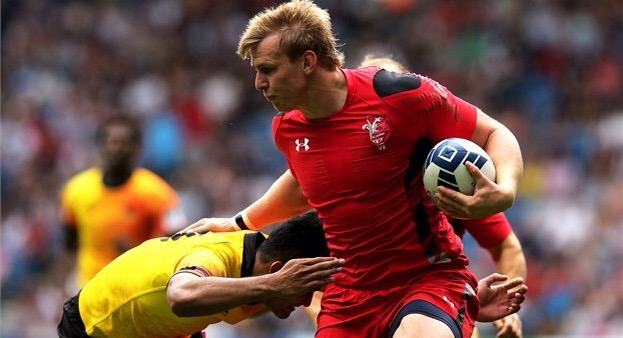 Wales head into the HSBC World Sevens Series 2014/15 with a new captain in the form of Jevon Groves.

The 26-year-old succeeds Adam Thomas who has taken up a regional contract with Cardiff Blues.

Groves has plenty of Sevens experience behind him, having played 20 tournaments on the Sevens World Series before deciding to sign for Newport Gwent Dragons. He returned to Sevens action after a three-year absence for the Commonwealth Games in Glasgow this summer.
Wales Sevens head coach Gareth Williams had no hesitation in naming the seasoned campaigner as his lieutenant.

“Jevon is a natural leader. He’s very intelligent in his rugby judgement and he is the perfect role model for the younger guys in the group,” he said.
“We’ve got a number of fresh faces in the Sevens programme and Jevon’s experience will be crucial to the development of the squad as the season unfolds.”

Groves is delighted to be back in the Sevens fold and is also excited at the prospect of combining his Sevens career alongside his new region, Cardiff Blues, having left the Dragons at the end of last season.

“Going back to Sevens is a challenge for me and I’m really looking forward to the season ahead,” said Groves.

“We have a great mixture of experience and youth within the squad and we just have to make sure we hit the ground running in Australia and attack the first day with all guns blazing.”

South Africa coach Neil Powell has named his squad for the opening round of the HSBC Sevens World Series in Australia.

Frankie Horne, who is set to play in his 60th World Series tournament, will captain the side while Ruhan Nel is set to make his debut on the Series. Nel is one of four changes from the side that won gold at the Commonwealth Games in July.

“Our success in Glasgow will obviously bring added expectations, but we will keep our feet on the ground and continue to work hard to make sure we don’t become complacent,” said Powell.

We have managed to select a young, but exciting mix of players from the recently concluded Safaricom Series,” said head coach Treu.

“As we are heading into the Olympic qualifying season, we are under no illusion that it will be a massive challenge for our young players to firstly find their feet and secondly, to keep striving for excellence.”